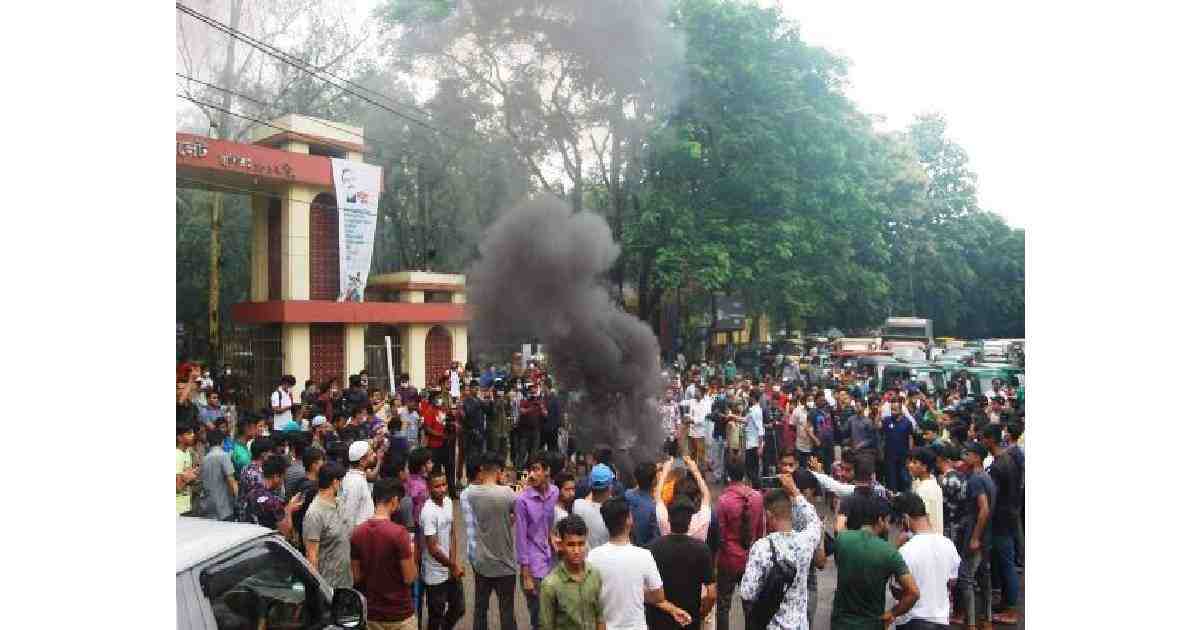 Students of Sylhet MC college on Saturday staged demonstrations blocking the road in front of the college protesting the ‘gang-rape’ that took place in a college dormitory on Friday night.

Over one hundred students of the college took to the streets and blocked the road around 12:30 pm demanding immediate arrest of the rapists.

Additional police have been deployed on the campus to avoid any untoward situation.

The protesters alleged that the authorities has kept college hostel open when all the educational institutions across the country remained closed during the ongoing coronavirus pandemic.

Though the authorities were aware about the criminal activities in the dormitories they didn’t shut the hostels, they alleged.

The protesters also threatened to go for a tougher movement if police fail to arrest the accused.

A 19-year old girl was raped reportedly by a group of Bangladesh Chhatra League leaders in a dormitory of Sylhet MC College on Friday night.

The rapists violated the girl around 7pm after tying up his husband in a room of the hostel, said the victim’s husband.

On information, police rescued the couple from the hostel around 10:30pm.