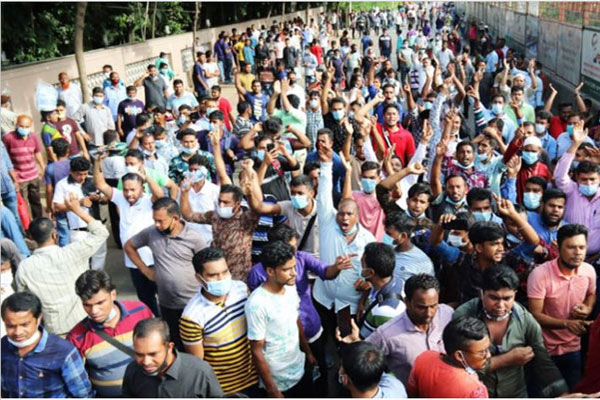 The migrant workers, who had been demonstrating to buy their return tickets to Saudi Arabia, blocked the main road in front of Saudi Airlines office at Karwan Bazar in the capital again on Saturday morning causing traffic disruption and trouble for commuters.

The Saudi Airlines office at Hotel Sonargaon in the capital’s Karwan Bazar started selling tickets from 8:00 am today for the third day.

The Airlines was scheduled to issue 350 tickets on Saturday but thousands of Saudi expatriates have gathered in front of the office for tickets as their iqama or visa will expire on September 30.