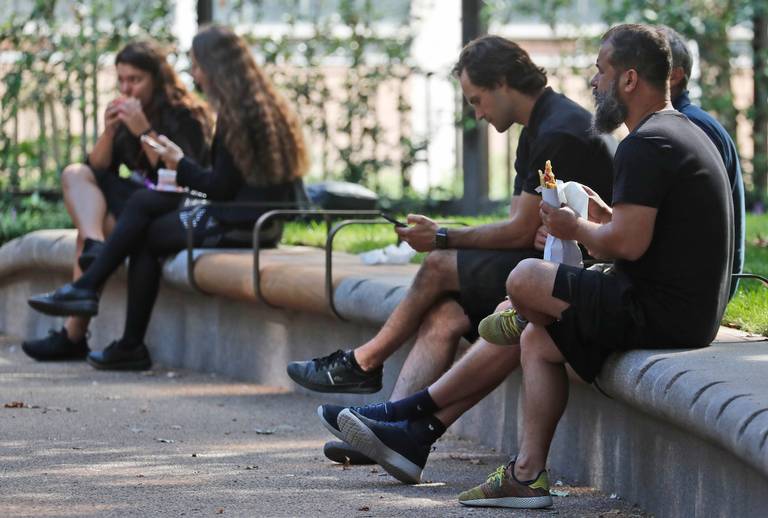 The UK has recorded 7,108 daily cases of coronavirus – the second highest number of positive cases since the pandemic began.

It means more than 7,000 cases have been recorded for two consecutive days, which takes the total number of confirmed coronavirus cases to 453,264.

Experts have warned the daily figures could be misleading as it is unclear how many people were infected during the first wave due to a lack of testing capacity in the community at the time.

The government also confirmed a further 71 people have died within 28 days of testing positive for the disease as of 9am on Wednesday.

This takes the total number of coronavirus deaths to 42,143.

Government figures show the UK’s current testing capacity to 296,812, while 232,212 tests were processed in the same 24 hour period up to 9am on Wednesday. 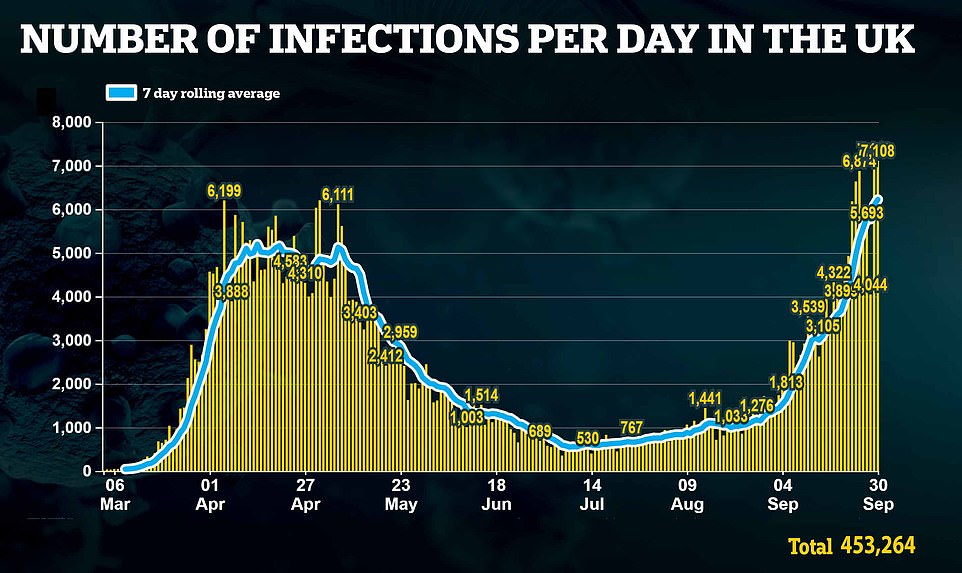 Boris Johnson has promised to increase testing capacity to 500,000 by the end of October in a bid to suppress the spread of coronavirus.

The prime minister had also pledged to turn around coronavirus tests in 24 hours so that people were made aware of their results faster, so that swifter action could be taken when it came to tracking people who had been in contact with the virus.

Data shows a further 266 people were admitted to hospital across the UK with coronavirus, taking the total number to 2,252. This is an increase from 2,049 from Tuesday.

Breakdown of figures from across the UK

A further 43 people who tested positive for coronavirus have died in hospital in England, bringing the total number of confirmed deaths reported in hospitals to 30,005, NHS England said on Wednesday.

Patients were aged between 43 and 98 years old and all except one (aged 72) had known underlying health conditions.

The deaths were between August 22 and September 29.

Scotland recorded its highest daily rise in coronavirus deaths since June 17, while cases continue to rise. Seven people in Scotland died, bringing the total to 2,519.

A further 640 positive tests were recorded in Scotland, bringing the total to 29,244. 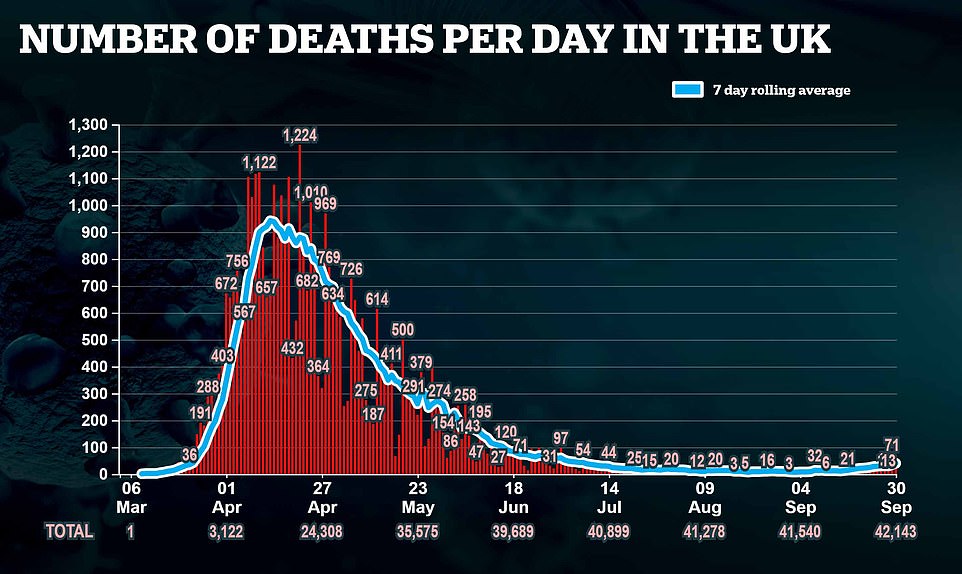 There have been a further 388 cases of Covid-19 in Wales, bringing the total number of confirmed cases in the country to 23,985.

Public Health Wales said one further death had been reported, with the total number of deaths since the beginning of the pandemic increasing to 1,616.coivd

The Department of Health announced a further 424 cases. One new Covid-19 related death was announced, bringing the total to 579.