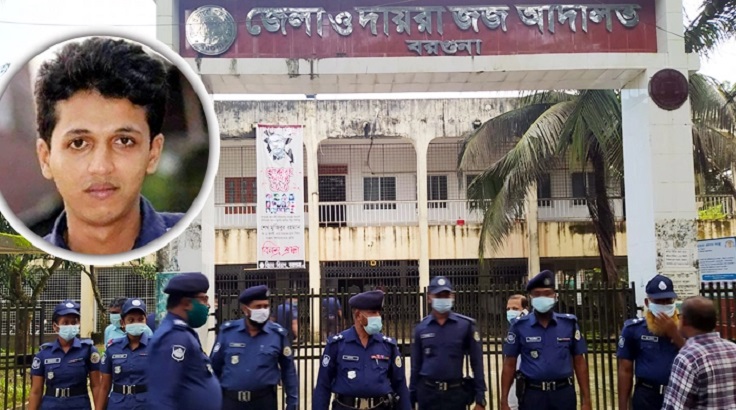 A Barguna court on Wednesday awarded death sentence to six accused including Minni in the sensational Rifat Sharif murder case.

Judge Md Asaduzzman of Barguna District and Sessions Judge Court read out the verdict amid beefed up security across the Barguna town.

The court, however, acquited remaining four accused in the case.

Security has been beefed up in Barguna town following the verdict in Rifat Sharif murder case.

Additional police personnel have been deployed in and around the court premises while a number of check-post were set up at different points.

The movement of pedestrians around the court is also being restricted.

Rifat’s wife Aysha Siddika Minni went to the court around 9:00 am.

Rifat, 22, son of Dulal Sharif, was hacked to death in broad daylight in the district town on June 26 last year.

On January 1, this year, the court started the trial through indicting 10 accused, including Rifat’s wife Ayesha Siddika Minni, in the case.

2020-09-30
Mr. Admin
Previous: Black History Month through the lens
Next: UK vaccine to be available to Bangladesh, no clinical trial here: Dickson