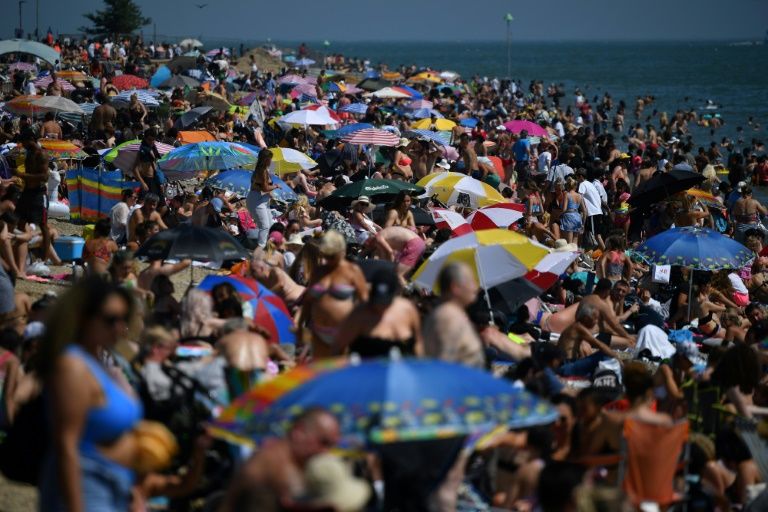 A further 6,968 people have tested positive for coronavirus  across the UK, government statistics have revealed.

It is the third highest number of cases on record, displacing Thursday’s figure of 6,914.

Cases remains stubbornly high across the country, with the other two highest number of cases taking place on Tuesday (7,143 cases) and Wednesday (7,108 cases).

Deaths within 28 days of a positive coronavirus test rose on Friday to 66, up from 59 on Thursday but a slight decrease on the 71 deaths recorded on both Tuesday and Wednesday.

This is still below the 500,000 tests Boris Johnson had pledged to be carrying out each day by the end of October.

Separate data released by the government on Friday shows the R number-which measures how much the disease is growing or shrinking- is between 1.3-1.6,  up from 1.2-1.5 the previous week.

An R number of 1.3 and 1.6 means that on average every 10 people infected will infect between 13 and 16 other people.

Breakdown of figures across the UK

A further 47 people who tested positive for coronavirus have died in hospital in England, bringing the total number of confirmed deaths reported in hospitals to 30,096, NHS England said on Friday.

Patients were aged between 51 and 97 and all except two, aged 59 and 92, had known underlying health conditions.

The deaths were between September 26 and October 1.

A further 934 coronavirus cases have been recorded in Northern Ireland – more than double the previous daily high of 424 on Wednesday.

One further death was recorded and the number of hospital inpatients with the virus dropped from 70 to 65. 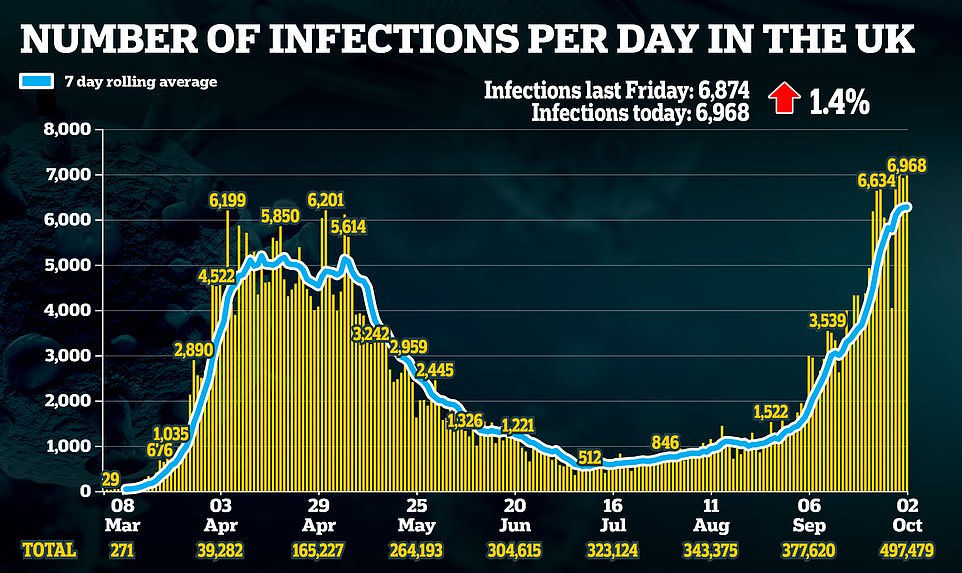 The first minister also said SNP MP Margaret Ferrier should resign as an MP after travelling on public transport with coronavirus.

There have been a further 462 cases of Covid-19 in Wales, bringing the total number of confirmed cases in the country to 24,845.

Public Health Wales said three further deaths had been reported, with the total number of deaths since the beginning of the pandemic increasing to 1,625.