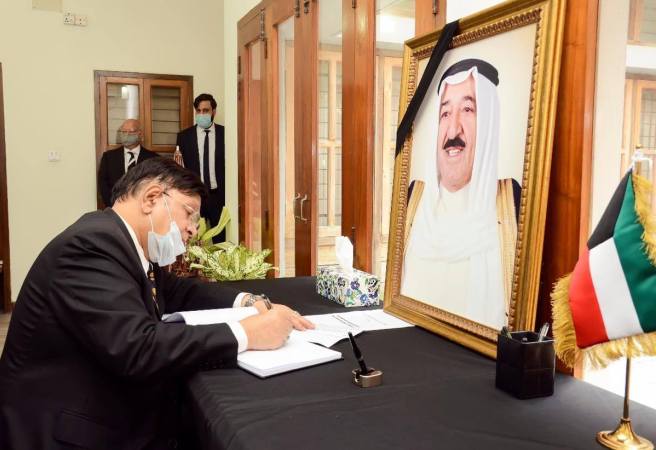 The Foreign Minister prayed for salvation of the departed soul and conveyed deep sympathy to the bereaved family members and people of the country.

He mentioned that Bangladesh has lost a true friend following the death of Sheikh Sabah al-Ahmed al-Sabah.

“The Bangladeshi nationals living in Kuwait will remember the contribution of the Emir for the welfare of the Bangladeshi expatriates,” he said.

He also paid respect to the Emir on behalf of the government and people of the country.

The Kuwaiti emir breathed his last on Tuesday at a hospital in the United States at the age of 91 while undergoing treatment.

One-day National mourning was observed on Thursday in Bangladesh in honour of the Kuwait emir.

The national flag was flown half- mast.

Sheikh Nawaf Al Ahmad Al Sabah was sworn in before parliament Wednesday as the ruling emir of the oil-rich country.