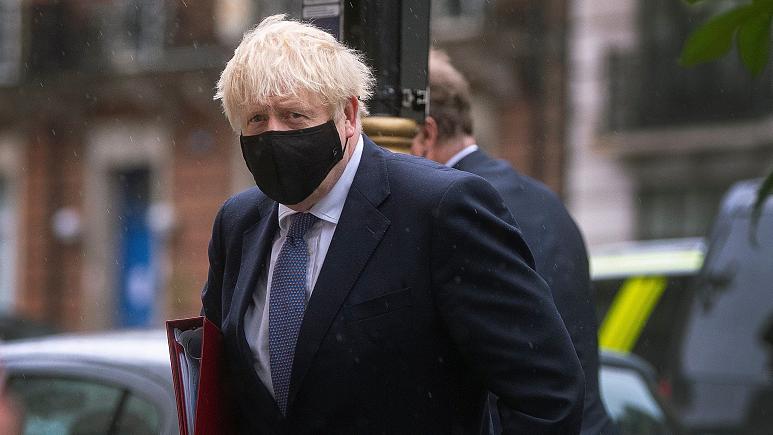 Boris Johnson said he is working flat-out to make Christmas as normal as possible, but he warned of a “tough winter” in the battle against coronavirus.

The prime minister said there will be “bumpy” months ahead, though he hopes the situation will be “radically different” by spring.

He said people should behave “fearlessly” but with common sense as the UK struggles to both contain the virus and keep the economy going.

In a BBC Andrew Marr Show interview to coincide with the Conservative Party conference, Mr Johnson:

Responding to the PM’s comments, Labour’s Shadow Health Minister Alex Norris MP said Mr Johnson “had the chance to map out a serious strategy to improve public confidence in the government’s handling of this crisis. Instead he waffled and ducked every question.”

Mr Norris added: “His serial incompetence is holding Britain back.”

More than a third of people in the UK currently live under some form of extra restriction following an increase in coronavirus cases.

On the national stage, England’s “rule of six” – which covers young children, unlike similar restrictions in Wales and Scotland – poses a major threat to many families’ Christmas plans.

Mr Johnson said: “If you ask me ‘do I think things can be significantly different by Christmas?’ Yes I do, and we’re working flat-out to achieve that.

“But be in no doubt that it is still very possible that there are bumpy, bumpy months ahead

“This could be a very tough winter for all of us – we’ve got to face that fact.”

Mr Johnson suggested the picture could be “radically different” by spring 2021.

The prime minister said new treatments are now available, adding: “We will find all sorts of ways, I’m absolutely sure, particularly through mass testing programmes, of changing the way that we tackle this virus.”

But he acknowledged the existing NHS Test and Trace service, run by Tory peer Baroness Harding, is not perfect.

Just 38.1% of people tested for Covid-19 in England in the week ending September 23 at a regional site, local site or mobile testing unit – a so-called “in-person” test – received their result within the 24-hour target set by the prime minister.

But he stressed he does not blame NHS Test and Trace, adding: “I take full responsibility for the service, by international comparators it is really very, very good indeed.”

2020-10-04
Mr. Admin
Previous: New PSC member Shameem Ahsan takes oath
Next: Want to recover from a bad night’s sleep? Have coffee, but after breakfast only