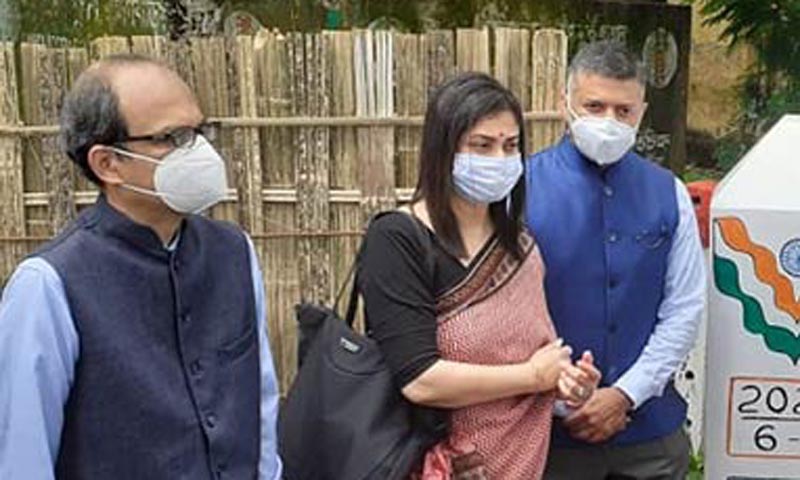 Doraiswami, who entered into Bangladesh from Tripura border on Monday morning, is expected to reach Dhaka in the afternoon, said Diplomatic sources in Dhaka.

He replaces Riva Ganguly Das, who already returned to New Delhi on October 1 for her next posting in the Ministry of External Affairs as Secretary (East).  She was appointed as High Commissioner of India to Bangladesh in March 2019.

Doraiswami is coming to Dhaka at a time when the bilateral relations between Bangladesh and India reached at new height and the two countries have lined-up a number of high-profile bilateral projects in the field of connectivity and infrastructure, particularly during the birth centenary of Father of the Nation Bangabandhu Sheikh Mujibur Rahman.

Hailing from Tamil Nadu in India, the Indian diplomat has a Masters degree in History from the Delhi University and can converse in Chinese and Urdu and also knows a smattering of French.

Prior to his current assignment, Doraiswami has earlier served as the Indian ambassador to the Republic of Korea and later was also posted in Uzbekistan.

A soft-spoken and articulate diplomat, Doraiswami is known for his thorough knowledge of South Asia and homework on the subjects he is dealing with. As Joint Secretary in MEA, Doraiswami has handled Bangladesh, Sri Lanka and Myanmar Affairs at the MEA headquarters in the South Block in New Delhi, diplomatic sources said.

His father was serving Indian Air Force during the Bangladesh’s Liberation War in 1971 and he had participated in the war.

He is fluent in Bangla and his wife is Bengali.