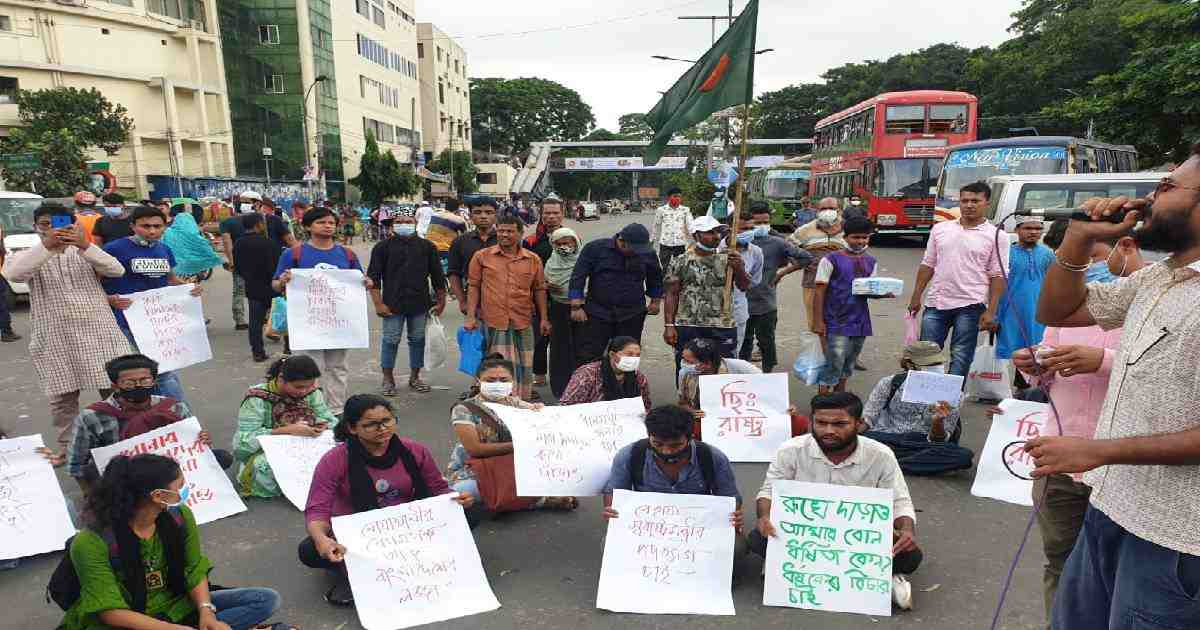 People blocked Shahbagh intersection in the capital on Monday, protesting the horrific incident of Noakhali housewife’s molestation that has gone viral on social media.

The protesters demanded resignation of the home minister for his failure to stop the incidents of rape and oppression against women across the country.

Around 100 protesters took positions at Shahbagh intersection carrying posters in the morning.

They blocked the road around 11am and chanted various slogans against growing violence against women. 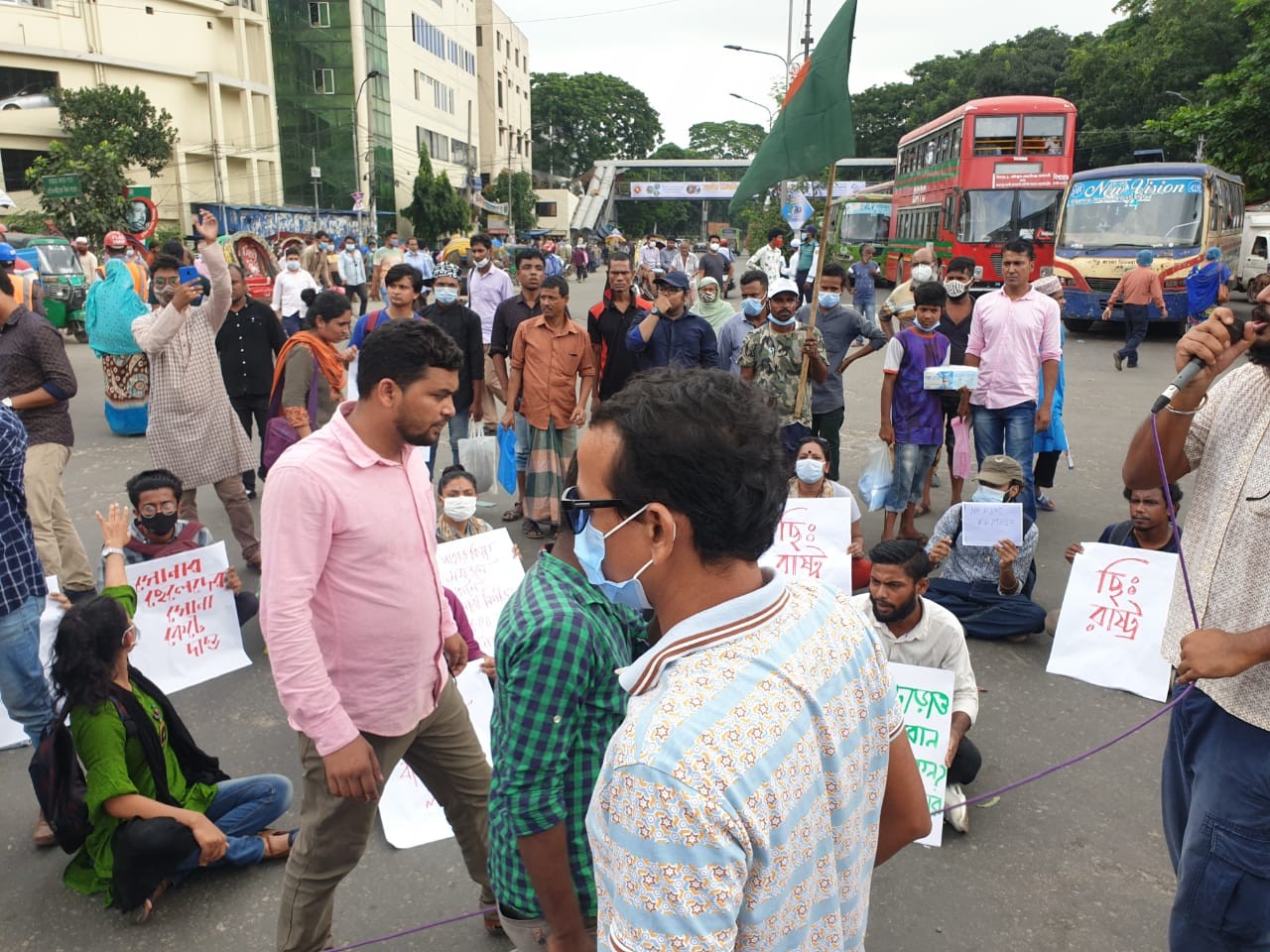 The housewife of Noakhali’s Begumganj upazila was molested by some local miscreants at Ward No. 9 of Eklashpur Union of the upazila last month and a video of the barbaric incident has gone viral on the internet on Sunday.

Five youths, including Delwar and his associates Badal, Kalam and Abdur Rahim, molested the housewife on September 2.

2020-10-05
Mr. Admin
Previous: Pirojpur ex-MP Awal, his wife get bail in graft case
Next: Will work to strengthen partnership with Bangladesh: Doraiswami