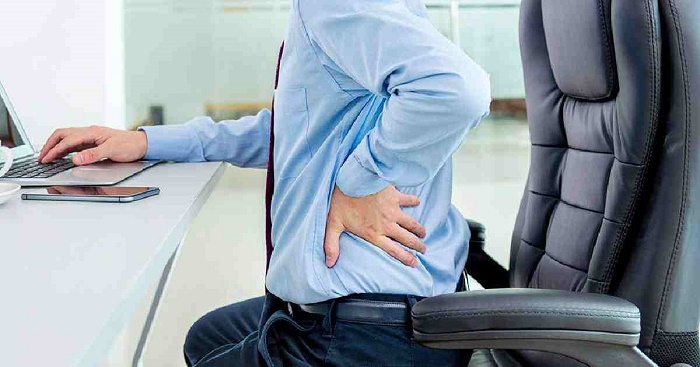 A number of health researchers suggested that sitting or lying down for too long increases your risk of chronic health problems, such as heart disease, diabetes and Colon cancer and Overproductive pancreas.

“We know sitting too much is bad, and most of us intuitively feel a little guilty after a long TV binge. But what exactly goes wrong in our bodies when we park ourselves for nearly eight hours per day, the average for a U.S. adult? Many things, say four experts, who detailed a chain of problems from head to toe,” reports Washington post.

Muscles burn less fat and blood flows more sluggish during a long sit, allowing fatty acids to more easily clog the heart. Prolonged sitting has been linked to high blood pressure and elevated cholesterol, and people with the most sedentary time are more than twice as likely to have cardiovascular disease than those with the least.

The pancreas produces insulin, a hormone that carries glucose to cells for energy. But cells in idle muscles don’t respond as readily to insulin, so the pancreas produces more and more, which can lead to diabetes and other diseases. A 2011 study found a decline in insulin response after just one day of prolonged sitting.

Studies have linked sitting to a greater risk for colon, breast and endometrial cancers. The reason is unclear, but one theory is that excess insulin encourages cell growth. Another is that regular movement boosts natural antioxidants that kill cell-damaging

When you stand, move or even sit up straight, abdominal muscles keep you upright. But when you slump in a chair, they go unused. Tight back muscles and wimpy abs form a posture-wrecking alliance that can exaggerate the spine’s natural arch, a condition called hyperlordosis, or swayback.

Flexible hips help keep you balanced, but chronic sitters so rarely extend the hip flexor muscles in front that they become short and tight, limiting range of motion and stride length. Studies have found that decreased hip mobility is a main reason elderly people tend to fall.

Sitting requires your glutes to do absolutely nothing, and they get used to it. Soft glutes hurt your stability, your ability to push off and your ability to maintain a powerful stride.

Weight-bearing activities such as walking and running stimulate hip and lower-body bones to grow thicker, denser and stronger. Scientists partially attribute the recent surge in cases of osteoporosis to lack of activity.

Trouble at the top

Moving muscles pump fresh blood and oxygen through the brain and trigger the release of all sorts of brain- and mood-enhancing chemicals. When we are sedentary for a long time, everything slows, including brain function.

If most of your sitting occurs at a desk at work, craning your neck forward toward a keyboard or tilting your head to cradle a phone while typing can strain the cervical vertebrae and lead to permanent imbalances.

Sore shoulders and back

The neck doesn’t slouch alone. Slumping forward overextends shoulder and back muscles as well, particularly the trapezius, which connects the neck and shoulders.

When we move, soft discs between vertebrae expand and contract like sponges, soaking up fresh blood and nutrients. But when we sit for a long time, discs are squashed unevenly. Collagen hardens around tendons and ligaments.

People who sit more are at greater risk for herniated lumbar disks. A muscle called the psoas travels through the abdominal cavity and, when it tightens, pulls the upper lumbar spine forward. Upper-body weight rests entirely on the ischial tuberosity (sitting bones) instead of being distributed along the arch of the spine.

The right way to sit

If you have to sit often, try to do it correctly. As Mom always said, “Sit up straight.”

• Lower back may be supported

So what can we do? The experts recommend ………

Sitting on something wobbly such as an exercise ball or even a backless stool to force your core muscles to work. Sit up straight and keep your feet flat on the floor in front of you so they support about a quarter of your weight.

Stretching the hip flexor for three minutes per side once a day.

Walking during commercials when you’re watching TV. Even a snail-like pace of 1 mph would burn twice the calories of sitting, and more vigorous exercise would be even better.

Alternating between sitting and standing at your work station. If you can’t do that, stand up every half hour or so and walk.

Trying yoga poses — the cow pose and the cat — to improve extension and flexion in your back.