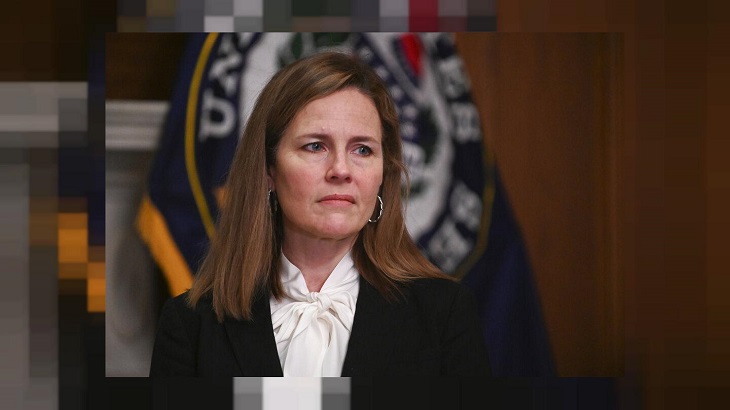 The US Senate will start confirmation hearings on Monday for Judge Amy Coney Barrett, nominated to the Supreme Court by President Donald Trump despite opposition from the Democrats, who appear largely powerless to block the move before the November 3 election.

The 48-year-old conservative law professor was named by the Republican president on September 26 to succeed women’s rights champion and liberal justice Ruth Bader Ginsburg, who died of cancer eight days earlier at the age of 87.

By law, the Republican-led Senate has to approve the nomination to the country’s highest court, where conservatives currently occupy five of the nine seats.

The Democrats and their presidential candidate Joe Biden are demanding that a nomination to the lifetime post be left until after the election, but Trump wants to push ahead as quickly as possible to satisfy voters on the right.

Barrett, a practicing Catholic, is well regarded by conservative Christians, who share many of her values, including an opposition to abortion and same-sex marriage.

The mother of seven children, including two who were adopted and one with Downs Syndrome, once told a gathering of students that “your legal career is but a means to an end, and… that end is building the kingdom of God.”

In recent days, Barrett’s affiliation to a small group of Catholics called the People of Praise, in which she reportedly held the title of “handmaid,” has drawn particular attention.

But the judge, known for her finely honed legal arguments, insists she can keep her faith separate from her legal judgment.

“Courts are not designed to solve every problem or right every wrong in our public life,” Barrett said in a draft of her opening statement to be delivered Monday.

“The policy decisions and value judgments of government must be made by the political branches elected by and accountable to the People. The public should not expect courts to do so, and courts should not try.”

Her supporters argue she is the victim of a hostility on the left toward religion in general.

“The ongoing attacks by Senate Democrats and the media on Judge Barrett’s faith are a disgrace,” said Republican Senate majority leader Mitch McConnell.

“We hope she gets a fair hearing,” said Vice-President Mike Pence during a debate with Biden’s running mate Kamala Harris in Utah on Wednesday.

“And we particularly hope we don’t see the kind of attacks on her Christian faith that we saw before.”

In a country where only a quarter of the population claims to be atheist or to have no religious affiliation, Harris — a California senator who sits on the Judicial Committee that will conduct Barrett’s hearing — was careful to avoid that pitfall.

“Joe Biden and I are both people of faith,” she shot back at Pence. “And it’s insulting to suggest that we would knock anyone for their faith.”

Without attacking the judge personally, Harris repeated that it should be impossible to confirm her at a time when four million Americans had already cast their ballots in early voting for the upcoming election.

She also avoided the divisive issue of abortion and instead insisted that the Trump administration was using the court system to overturn the Affordable Care Act, the healthcare system pushed through by Biden and former president Barack Obama.

Despite their opposition to the judge, the Democrats have few tools at their disposal to block her confirmation.

McConnell controls the Senate’s schedule and procedures, as the Republicans retain 53 of the upper chamber’s 100 seats.

Even though two Republican senators — Lisa Murkowski and Susan Collins — have said they oppose holding a vote for Barrett before the election, the Republicans still have enough votes to fast-track the confirmation.

Only the coronavirus itself might be able to put the brakes on: three Republican senators — Mike Lee, Thom Tillis and Ron Johnson — have tested positive for the disease and have put themselves into isolation.

The first two, who sit on the Judicial Committee, could participate in the confirmation hearings by video-conference, but all three will have to be physically on the Senate floor for the vote, which could pose a health risk to other members.

In a show of their determination to confirm the nominee before the election, Johnson said he would wear a “moon suit” to attend the vote if necessary.