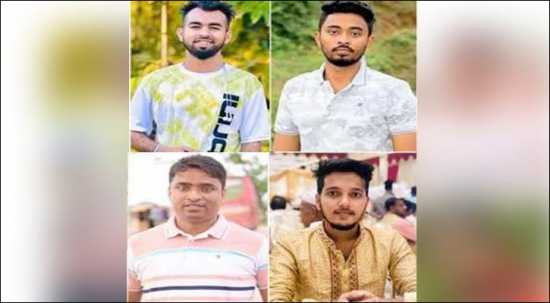 The National University authorities have suspended studentship of four over the gang-rape incident at MC College in Sylhet.

The decision was taken at the 210th syndicate meeting of National University on Monday with Vice-Chancellor Professor Harun-ur-Rashid in the chair
At the meeting, the members of the syndicate expressed their deep concern over the heinous and barbaric incident.

In addition, the college authorities concerned are urged to take necessary steps to prevent repetition of such incidents in the affiliated colleges.

On September 25, a group of youths tied up a man and raped his 19-year-old wife at the MC College dormitory.

After police rescued the couple, the victim’s husband filed a case with Shahporan Police Station in Sylhet against nine people mentioning the names of six.

Eight of the accused in the case are currently in police custody and all of them confessed to their crimes.