No compromise on security, safety in airports: Mahbub 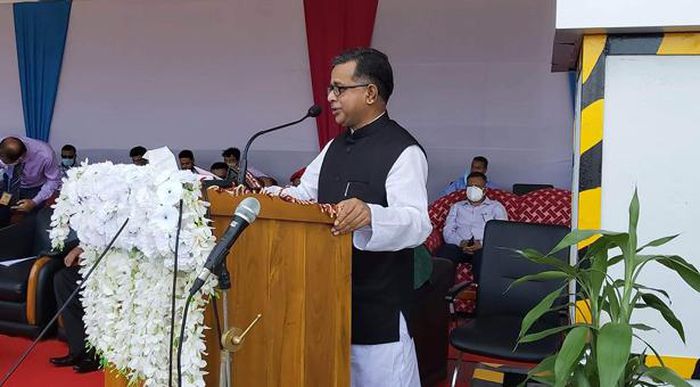 SYLHET, Oct 13, 2020 : State Minister for Civil Aviation and Tourism Mohammad Mahbub Ali today said there is no compromise on safety and security at airports.

“I am urging all relevant organizations and individual to remain alert for preventing any untoward incident in the airport. None will be spared if he or she tries to disrupt airport security,” he said.

He was speaking at the inauguration programme of the “Full Scale Airport Emergency Exercise-2020” and the expanded section of the International Lounge as the chief guest at the Osmani International Airport in Sylhet.

He further said that effective steps have been taken at the direction of Prime Minister Sheikh Hasina to improve the quality of passenger service at the airport and prevent any kind of accidents.

Security has been beefed up at all airports in the country, he said, adding that all modern security equipment including fire alarm system, dual view scanning machine, Explosive trace detection (ETD) system and under vehicles scanning system have already been installed at Osmani International Airport to ensure security.

Mahbub said the incumbent people-friendly government led by Prime Minister Sheikh Hasina has always been working to run everything smoothly in the country.

In order to improve the quality of passenger service, the activities of all the airports of the country as well as Osmani International Airport have increased many times more than before, he added.

He said a safe and comfortable environment is being created by ensuring the safety of air passengers.

The international lounge of the airport has been expanded at a cost of around Taka 8 crore keeping in mind the needs of the passengers.

During the time, the state minister also informed that Biman Bangladesh Airlines will soon launch flights to different countries of the world including the United States and Japan.

The government has completed the initial preparations to this end and Bangladesh Biman will start its journey on the new international routes after completing some more formalities, he added.

Bangladesh Biman will soon launch flights on Sylhet-Chattogram-Cox’s Bazar route and it will be launched as soon as three more new aircrafts are added to the Bangladesh Biman, he continued.