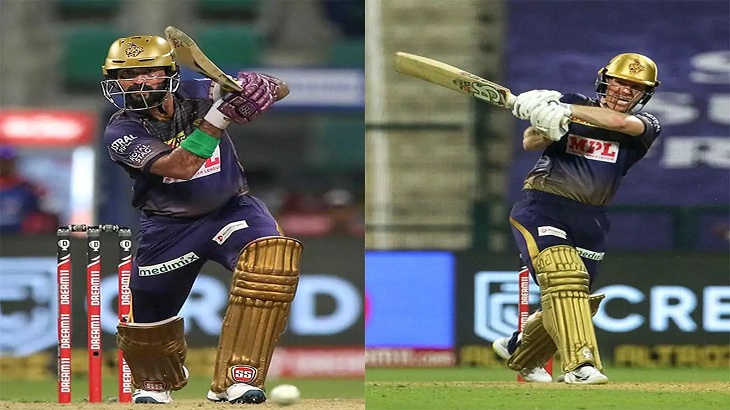 Indian wicketkeeper-batsman Dinesh Karthik stepped down Friday as captain of Kolkata Knight Riders, handing over to England’s Eoin Morgan for the rest of the Indian Premier League tournament.

Hours before Kolkata were to take on the Mumbai Indians in the Twenty20 tournament, the franchise said that Karthik, 35, wanted to “focus on his batting and contributing more to the team’s cause”.
“We are fortunate to have leaders such as DK, who has always put the team first. It takes a lot of courage for someone like him to take a decision such as this,” CEO Venky Mysore said in the statement posted on Twitter.

“While we were surprised by his decision, we are respectful of his wishes.”

Midway into the closely-fought tournament, KKR are placed fourth with four wins and three losses.

Karthik has scored 108 runs from seven outings so far, with 58 being his highest score.

Morgan, England’s World Cup winning skipper, was one of the top buys at the IPL auction and has aggregated 175 runs from seven games.

The IPL was moved out to the United Arab Emirates this year owing to soaring coronavirus cases in India.

2020-10-16
Mr. Admin
Previous: 4 killed as train rams car at level crossing in Jashore
Next: Bangladesh to roll out its first car next year, says Industries Minister

Spurs stunned by Antwerp as Milan, Arsenal cruise to victories