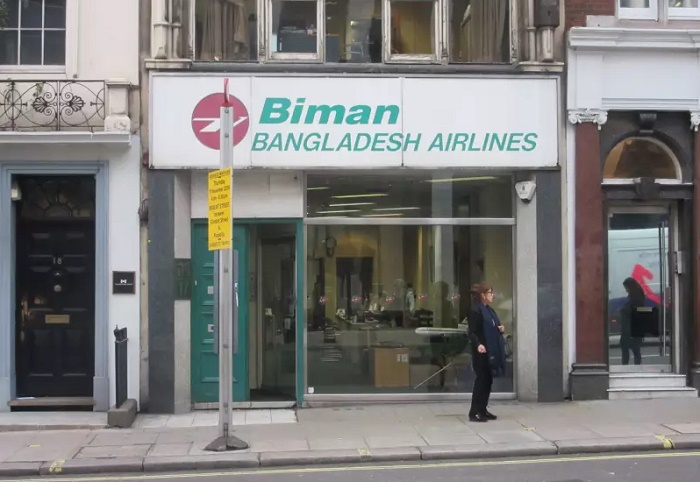 Interestingly, the London office has to pay a handsome amount of money for renting a car parking spot for its country manager.

The office also incurred huge loss for not increasing security deposit rate for companies against their monthly sales, the report mentioned.

Besides, the office organized incentive/educational or FAM trips indiscriminately and practised nepotism as they don’t have specific criteria, it said.

The audit report also mentioned that there is a good number of anomalies, including the ones involving payments to the contractual and employees from the host country, passenger compensation for the flight delay, paying advance T/A and D/A, compensating for lost baggage claim, paying fine as overweight charges for not setting PDQ machine, and other procurements and undue benefits by the officials.

Biman chief executive officer Md Mokabbir Hossain said, the Biman authority is working with London office to make it more functional by wiping out all the irregularities.
There are some difficulties in bringing changes in London office as they have to go through a series of challenges with the British authority.

About the audit report, the Managing Director expressed his frustration.

According to the report, Biman incurred a loss of Tk 160 million for misuse of free tickets, appointing GSA and CSA during the regime of its country manager Shafiqul Islam. Even two probe committees were formed to run an investigation on the matter.

Interestingly, the London office has to pay Tk 15,40,770 in the last two fiscal years for renting a car parking place for its country manager violating GFR 10: standards of financial properties. They could have used free parking place or business parking permitted by city council office but they did not use such facilities.

Country manager Shafiqul Islam withdrawal some Tk 67210 from the office without keeping any record in the logbook.

Biman’s London office incurred a loss of Tk 51.37 million for paying compensation to 1077 passengers for flight delays from 2008-2020.

The government institution is counting a loss Tk 4.19 for paying national insurance (NI) and tax during giving salaries of contractual and employees from the host country.

The Biman is incurring a loss of Tk 28.60 million annually as the Biman-owned building has terribly failed to make any income despite its high potential.

The 100-year old Biman building located at London’s 17 Conduit Street can earn Tk 22 million a year by renting out space in its building.

However, Biman has to pay Tk 6.6 million as city council tax, which they could have saved by renting the free space and basement. But, Biman has been dillydallying to refurbish and repair the building in the last decade. Consequently, city authorities may shutdown the building anytime.

Besides, the government incurred a loss of some Tk 105,753 for due dillydallying in the tender process for renovating the building.