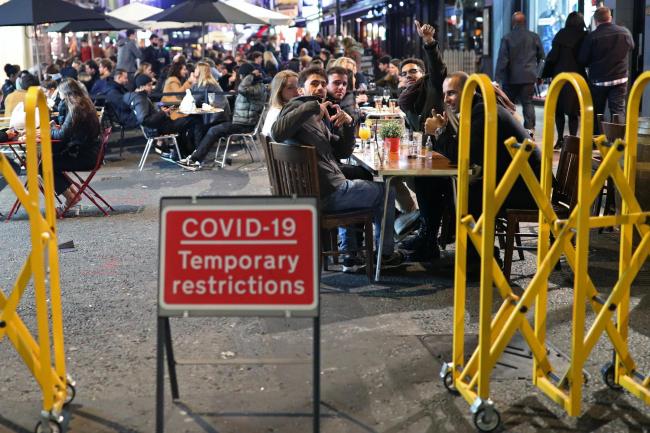 A further 18,804 cases of coronavirus cases and 80 deaths have been announced in the UK.

Separate figures published by the UK’s statistics agencies show there have now been 58,500 deaths registered in the UK where Covid-19 was mentioned on the death certificate.

The number of cases remains high as the government pushes for more areas of England to be put under Tier 3 lockdown while Wales has announced it is entering a ‘circuit break’ lockdown.

The two-week lockdown in Wales will see many hospitality venues closed, secondary schools will only be open to years seven and eight and, people will be told to stay at home as much as possible. 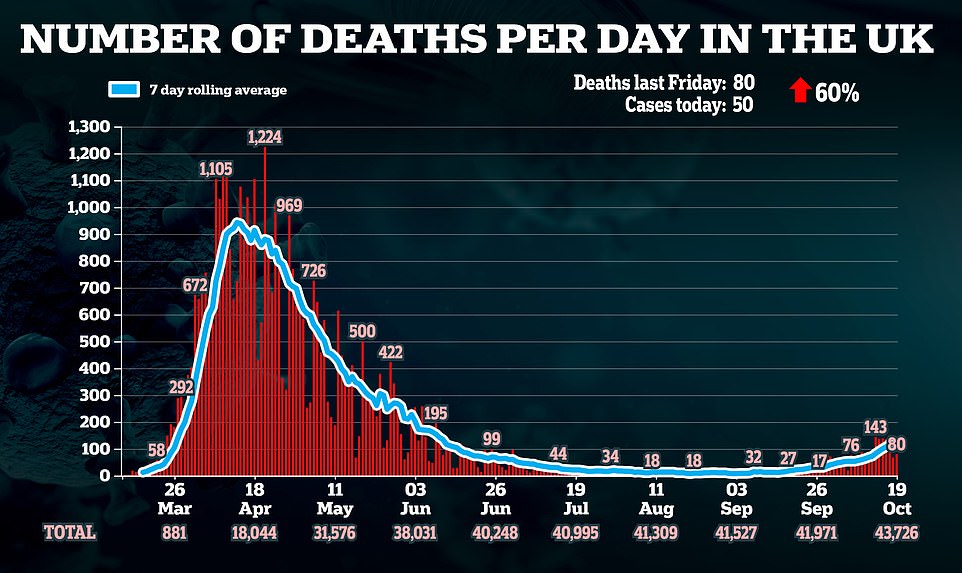 There were 16,365 cases of coronavirus in England announced on Monday.

A further 72 people who tested positive for coronavirus have died in hospital in England, bringing the total number of confirmed deaths reported in hospitals to 31,047, NHS England said on Monday.

Patients were aged between 47 and 99. All but one patient, aged 85, had known underlying health conditions.

The deaths were between October 9 and 18.

There have been a further 626 cases of Covid-19 diagnosed in Wales, bringing the total number of confirmed cases in the country to 36,253.

Public Health Wales said one further death had been reported, with the total number of deaths since the beginning of the pandemic rising to 1,712. 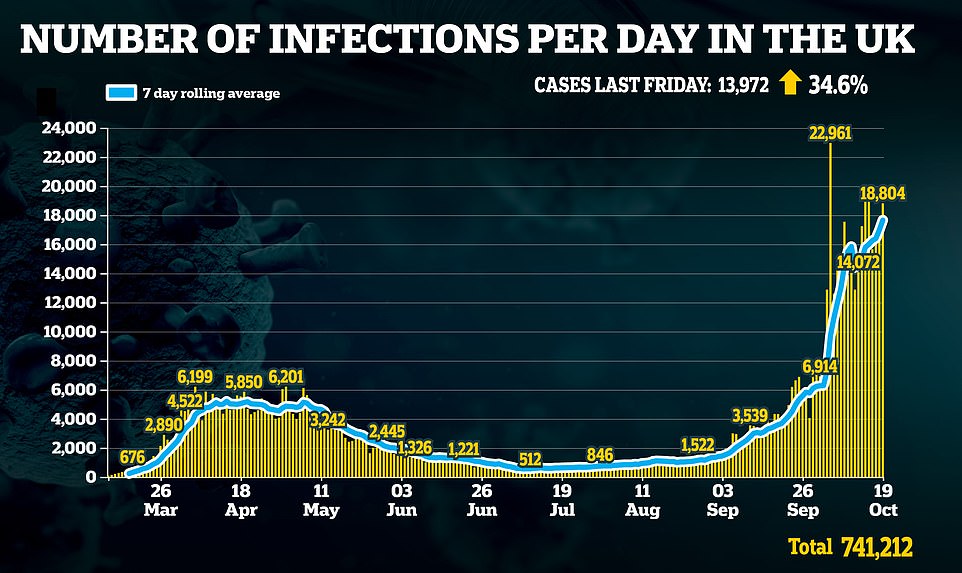 Scotland has recorded 933 more cases and one more death.

There were six more deaths from coronavirus in Northern Ireland in the 24 hours up until 9am on Monday,

Another 820 confirmed cases were also announced.