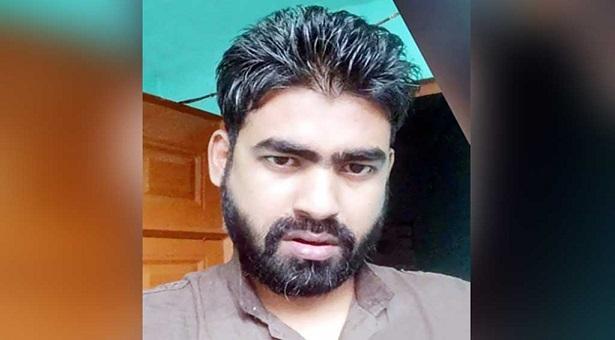 After being chased by police, Raihan Ahmed took shelter in the house of a conservancy worker at Kastaghar Sweeper Colony in Sylhet city to save him but in vain.

He was arrested from there and taken to Banadarbazar Police Outpost where he was tortured to death by police.

After his arrest, a phone call was made to Raihan’s family with the mobile phone of assistant sub-inspector Towhid seeking money for his release.

Raihan took shelter in the house of conservancy worker Sulai Lal around 3am on October 11.

After five minutes, police took him out of the house in a healthy condition, said locals.

According to CCTV footage, police took Raihan to the police outpost in a healthy condition from where he made a phone call to his family with the mobile phone of ASI Towhid asking them to arrange money for his release.

He was taken to Sylhet MAG Osmani Medical College Hospital (SOMCH) in a serious condition following torture for three hours at the police outpost.

Suspended in-charge of the police outpost sub-inspector Akbar Hossain Bhuiyan accompanied Raihan to the hospital, said the driver of the CNG-run auto-rickshaw which took them to the hospital.

SOMCH Director Brig Gen M Yunusur Rahman said Raihan was brought to the hospital in a critical condition when police said he was injured in a mass beating during a robbery.

The youth died at the hospital after one hour and 10 minutes while undergoing treatment.

According to the postmortem report, there were 111 injury marks on the body of Raihan.

Of them, 97 were bluish swollen marks and the rest 14 deep wounds.

Raihan, son of late Rafiqul Islam of Akhalia in Sylhet city, was tortured to death by police in Bandarbazar Police Outpost in Sylhet on October 11.

Four policemen, including in-charge of Bandarbazar police outpost sub-inspector Akbar Hossain Bhuiyan, were suspended and three others withdrawn over the incident.