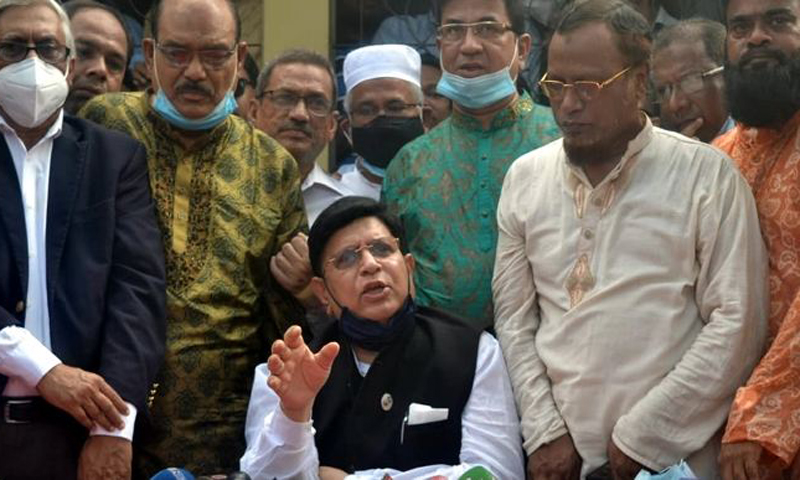 During a visit to the victim’s house at Akhalia of Sylhet City, Momen said Sub-Inspector Akbar Hossain Bhuiyan, who was allegedly involved with the killing, will be brought to justice.

Police are working to arrest suspended SI Akbar, the minister said. “We’ll take steps to bring him back even if he fled abroad,” he said, recalling that the main accused of Razon killing was also brought back from Saudi Arabia.

“Nobody has gone scot-free after committing any crime in Sylhet. Raihan will get justice,” he assured the family, adding that the prime minister is monitoring the case.

Foreign Minister Momen called SI Akbar a shame for the police force. “The whole police force is ashamed because of one or two black sheep like him,” he said.

“Nobody from the police is trying to save him,” he said. “A proper investigation is underway.”

Members of the Police Bureau of Investigation (PBI) have arrested constable Titu Chandra Das, who was suspended over the death of Raihan in the morning. It was the first arrest in the case.

Sylhet Additional Chief Metropolitan Magistrate Zihadur Rahman placed Titu on a five-day remand when police produced him before the court in the afternoon.

On October 11, Raihan Ahmed, 34, was beaten to death in police custody, his family said.

His wife Tahmina Akter Tanni filed a case at Kotwali Police Station the following day accusing a number of unidentified people. The case has been transferred to the PBI.

Four policemen, including the then in-charge of Bandarbazar Police outpost SI Akbar, were suspended on October 12 in connection with the death.

Police initially claimed that Raihan was caught by locals of Kastghar area during a robbery and lynched.

But the surveillance camera footage did not support the claim.

Doctors who conducted an autopsy on Raihan said they found 111 blunt force injuries on his body and two of his nails were pulled out.