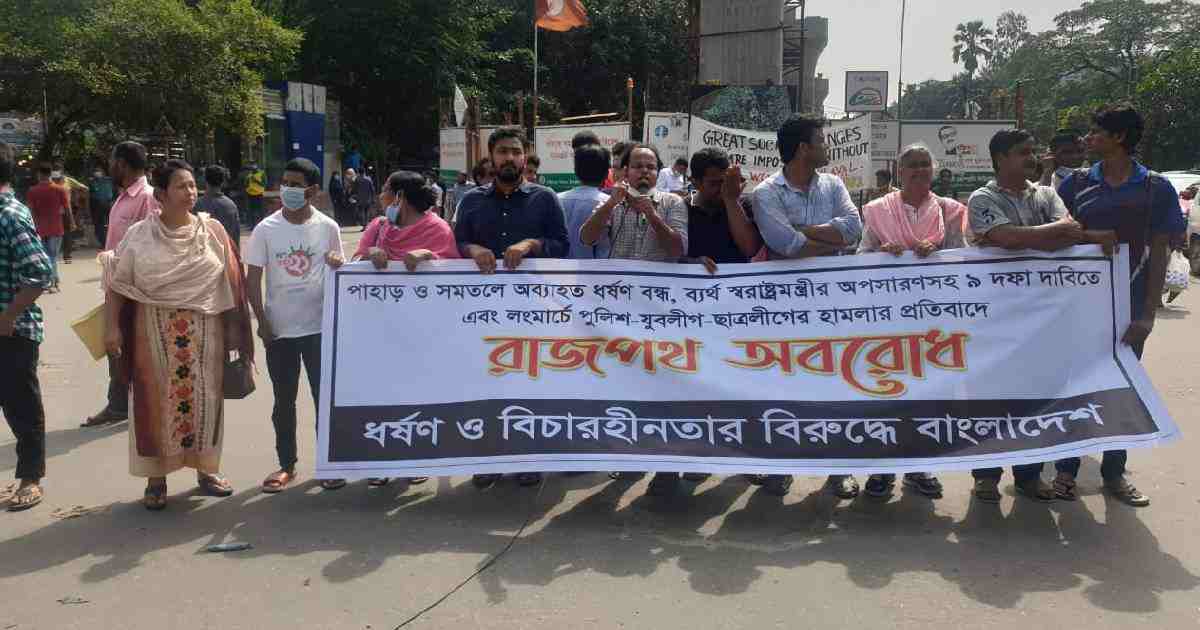 Demonstrators blocked the key Shahbagh intersection protesting against the attack on anti-rape long march in Feni in which 20 people were injured.

A group of protesters belonging to various organisations took to the street around noon and staged a sit-in programme there.

They also brought out a procession against rape and injustice.

A long march protesting against the growing incidents of rape, sexual harassment and violence against women, came under attack in Feni on Oct 17.

The leaders of left-leaning organisations, who organised the march, blamed local Awami League and Jubo League leaders for the attack.

It was attacked again in front of the Nirman Super Market.

The protesters, including left-leaning parties, students, youths and rights activists, started their long march under the banner of “Dhorshon O Bicharhinotar Biruddhe Bangladesh” (Bangladesh against rape and impunity) to press home a nine-point demand.

In the wake of widespread protests against the growing incidents of rape, the President promulgated an ordinance allowing death penalty as the highest punishment for the crime instead of life imprisonment.