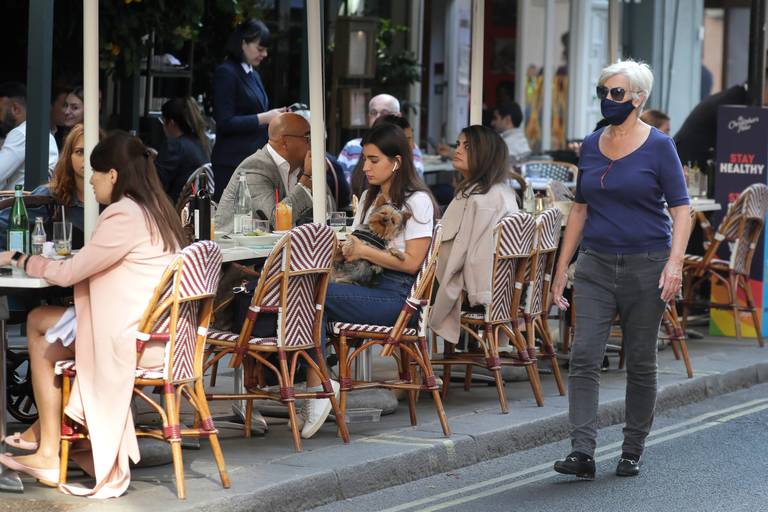 The number of new coronavirus cases in the UK has stayed above 20,000 for the second day in a row.

Some 26,688 new cases of Covid-19 were announced on Wednesday, the highest ever recorded.

The new number beats the record set on Tuesday when 21,330 cases were announced.

Over 24,000 cases were reported on October 4 but the numbers were inflated by extra cases being added into the daily numbers after some had been missed during the previous week due to a computer error.Some 191 new deaths were also announced, down from the 258 on Tuesday but still significantly higher than two weeks ago. 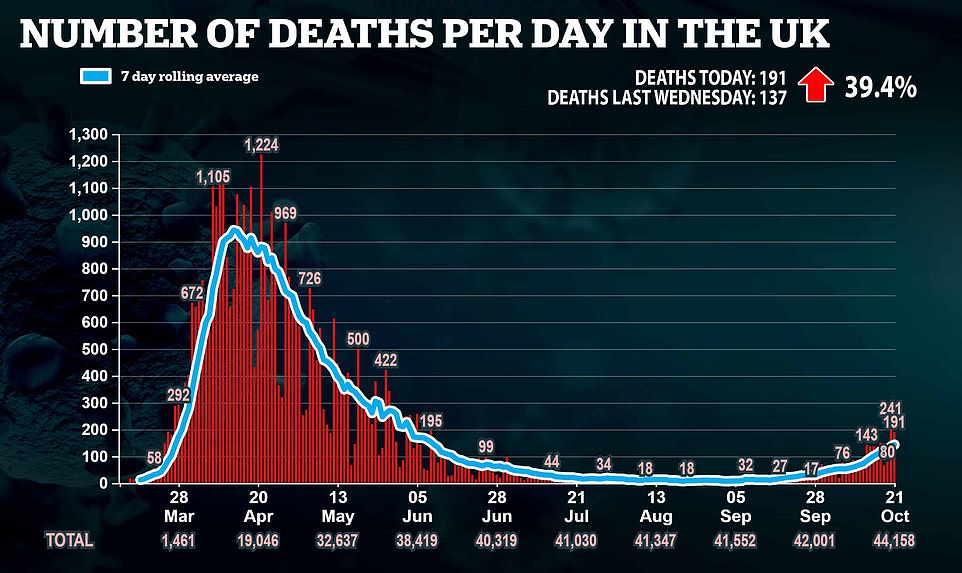 There were 144 more deaths from coronavirus in England on Wednesday.

Some 22,948 new cases of coronavirus were also announced, the first time cases have been above 20,000 just in England.

There have been a further 962 cases of Covid-19 diagnosed in Wales, bringing the total number of confirmed cases in the country to 38,361.

Public Health Wales said 14 further deaths had been reported, with the total number of deaths since the beginning of the pandemic rising to 1,736. 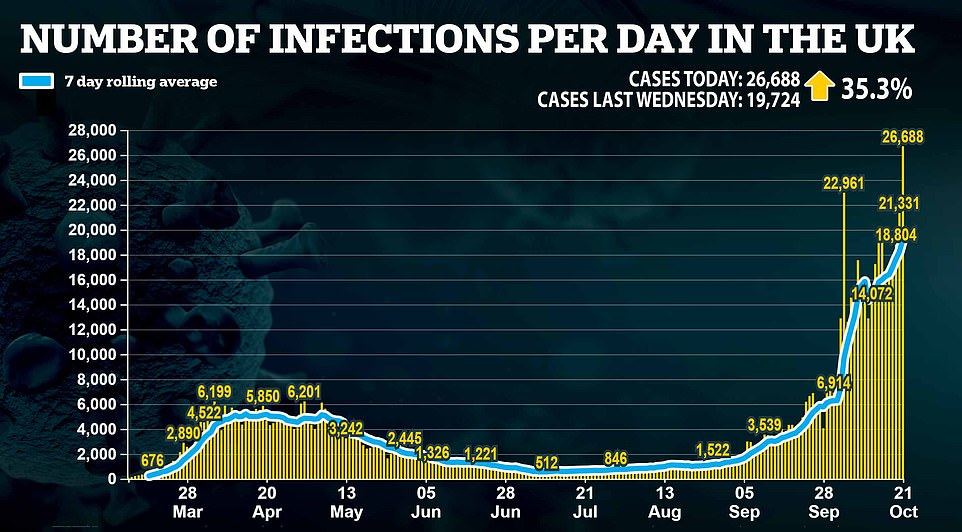 Scotland has recorded 28 deaths from coronavirus and 1,739 positive tests in the past 24 hours.

It is the highest number of deaths since May 21.

There were five new deaths from coronavirus in Northern Ireland and 1,039 new cases.