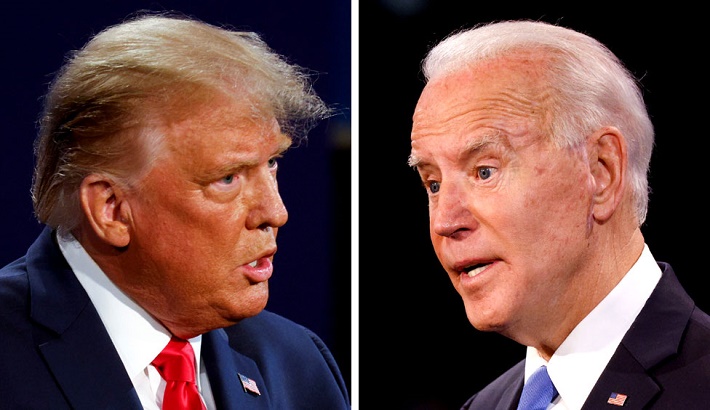 US President Donald Trump and his White House challenger Joe Biden clashed over Covid and race while trading corruption charges, in their final live TV debate.

On the pandemic, Biden would not rule out more lockdowns while Trump insisted it was time to reopen the US.

Biden has a solid national lead with 11 days to go until the election.

But the margin is slimmer in the handful of states that could vote either way and ultimately decide the outcome.

More than 47 million people have already cast their ballots in a record-breaking voting surge driven by the pandemic.

What was the overall tone?

Thursday night’s primetime duel in Nashville, Tennessee, was a less acrimonious and more substantive affair than the pair’s previous showdown on 29 September, which devolved into insults and name-calling.

Following that political brawl, debate organisers this time muted microphones during the candidates’ opening statements on each topic to minimise disruption.

But the 90-minute debate, moderated by NBC’s Kristen Welker, saw plenty of personal attacks between the opponents, whose mutual dislike was palpable, BBC reported.