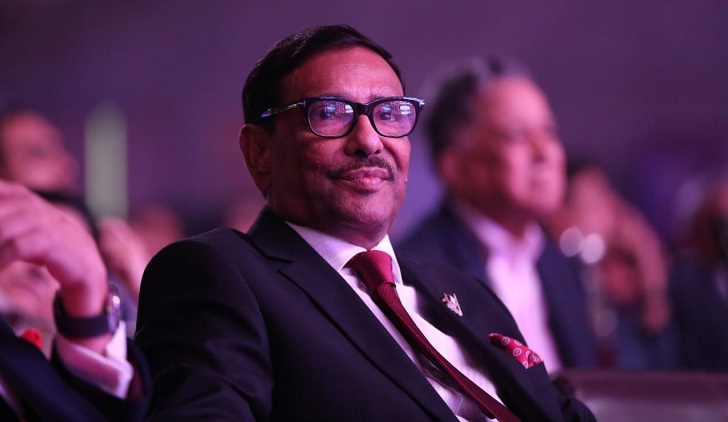 Road Transport and Bridges Minister Obaidul Quader on Saturday said the government is implementing the national road safety strategic action plan to reduce 50 percent road accidents in the country as per the target set under the Sustainable Development Goals (SDGs).

“The Road Transport and Highway Division is implementing the strategic action plan to achieve the SDGs target to bring down deaths caused by the road accidents,” he said in a virtual discussion from his official residence here to mark the National Road Safe Day-2020.

The minister told the function that the legal framework has been strengthened so that the country can achieve the SDGs and also to achieve the target of the 2nd UN Decade of Action for Road Safety 2021-2030 for preventing of 50 percent of road traffic deaths and injuries within the period.

The goal of the UN Decade of Action for Road Safety is to stabilize and reduce the forecast level of road traffic deaths around the world as road traffic crashes take the lives of nearly 1.3 million people every year and injure 20-50 million more.

More than 90 percent of road traffic deaths and injuries occur in low-income and middle-income countries, which have only 48 per cent of the world’s registered vehicles.

Quader said: “A revolutionary change will take place in the road network in Bangladesh within the next two-three years as the government is prioritizing safe and travel-friendly road network”.

Appreciating the BRAC’s initiative to engage women in driving, the minister said the government is creating a scope to bring women more in motor driving as women drivers are more careful and loyal to the traffic laws compared to male. “So the government wants to raise the number of women drivers”, he added.

Welcoming the BRAC and World Bank’s joint effort to prevent the road accident and bring down the fatality rate by half, the road transport minister said, “It would be easier to achieve any target in the transport sector if the private sector jointly works with the public sector.”