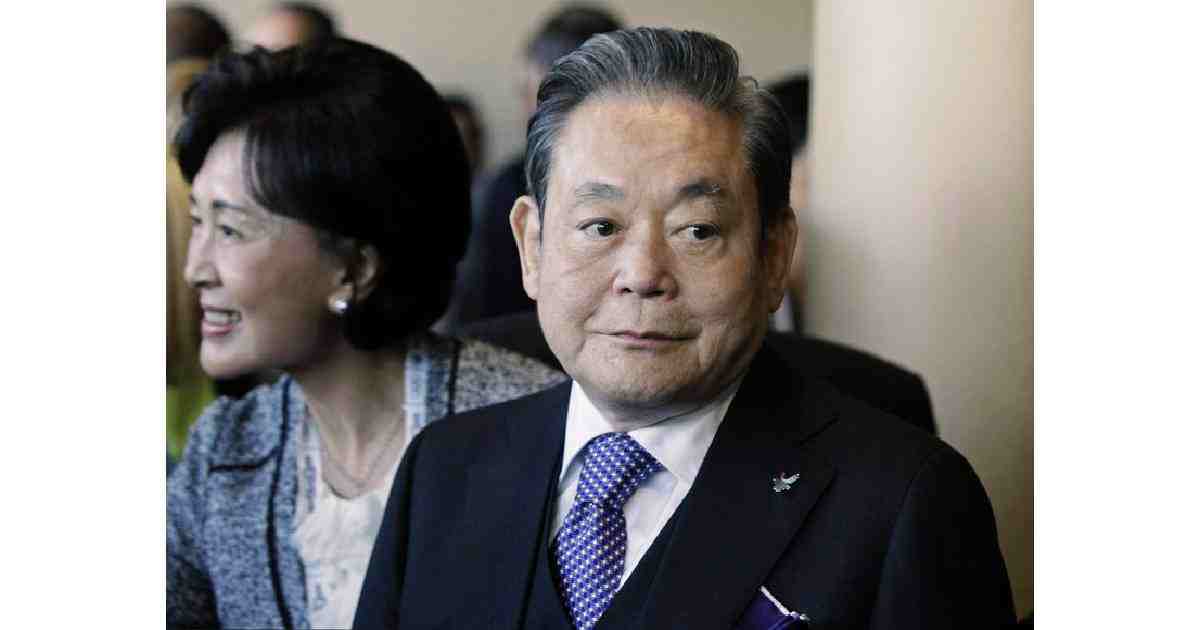 Chairman of South Korea’s technological giant Samsung Electronics, Lee Kun-hee, who transformed Samsung into a world-leading innovator and industrial powerhouse from a local business, died. He was 78.

Lee died in Seoul on Sunday, according to a statement released by Samsung, reports Xinhua.

It said Lee’s family, including his son Lee Jae-yong, who is Samsung’s vice chairman, were by his side when he passed away.

“Our deepest sympathies are with his family, relatives and those nearest. His legacy will be everlasting,” said the statement.

Lee had suffered a heart attack and had been hospitalized and bedridden since 2014, when Lee Jae-yong began to take the helm and become the de facto leader of the multinational gaint.

Lee, the son of Samsung Group’s founder Lee Byung-chul, was born in Uiryeong County in South Gyeongsang Province of South Korea on Jan. 9, 1942.

He graduated from Japan’s Waseda University in 1965 and finished his MBA program at George Washington University in the United States in 1966.

Lee has successfully transformed Samsung into a global electronics Titan and one of the world’s largest producers of smartphones, televisions and memory chips.