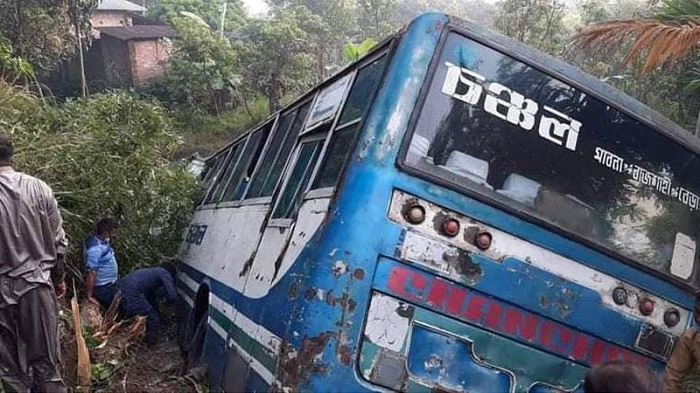 A woman and her daughter were killed and 10 others injured as a bus plunged into a roadside canal in Godhra area under Lalpur upazila of Natore on Monday morning.

The deceased were identified as Josna Begum, 50, wife of Abdul Manna and their daughter Rojina Khatun,32, hailing from Naraikhali village in Chatmohor upazila of Pabna.
Confirming the news, Khandakar Shafiqul Islam, officer-in-charge (OC) of Baraigram Banpara Highway Police Station, said a Rajshahi-bound passenger bus of ‘Chanchal Paribahan’ from Pabna fell into the roadside ditch carrying the victims after its driver lost control over steering on Natore-Pabna highway at 10:00 am, leaving Josna dead on the spot and her husband and daughter injured.

The injured were admitted to different hospitals in the area, he said.