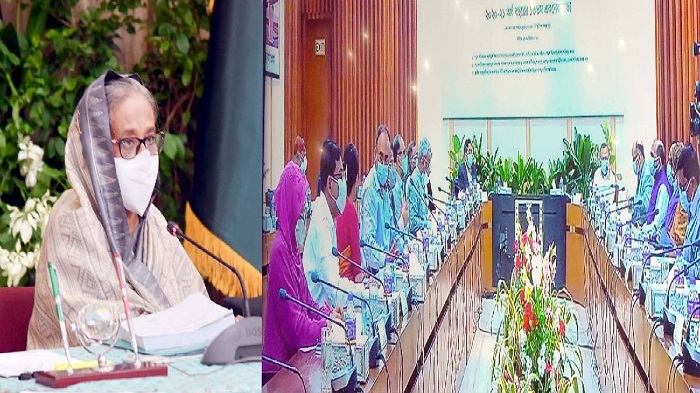 The approval came from the 13th Ecnec meeting of the current fiscal year, held virtually with Ecnec Chairperson and Prime Minister Sheikh Hasina in the chair.

The Prime Minister joined the meeting from Ganabhaban through a videoconference, while other Ecnec members were connected from NEC Bhaban.

The meeting approved a total of three projects, including the DNCC one.

“Three projects of two ministries were approved at today’s meeting. The total estimated cost of the projects is Tk 5,189.69 crore (only additional costs of the revised projects were counted here),” Planning Division Secretary Md Ashadul Islam said while briefing reporters after the meeting.

Among these, two are revised projects and the rest one is a fresh scheme, he said.

Talking about the project titled ‘Road Safety including Improvement of Traffic Infrastructures in Dhaka North City Corporation Area,’ Member of the Planning Commission Md Mamun-Al-Rashid said the DNCC will implement the project by June 2023 at a cost of Tk 319.23 crore.

The main objectives of the project include easing the movement of people and traffic, reducing traffic congestions and enhancing safety by developing the city streets in a planned way as well as construction of footbridges, development of the existing footbridges, installing escalators at the footbridges to ensure the safe movement of pedestrians.

Ashadul Islam said though it was proposed that the DNCC will share Tk 63.85 crore of the project cost, but the Prime Minister directed to finance the project fully from government funds.

During discussions over the project, the Prime Minister asked local government bodies, including city corporations, to enhance their financial capacity gradually to executive such development projects with their own resources in the future.