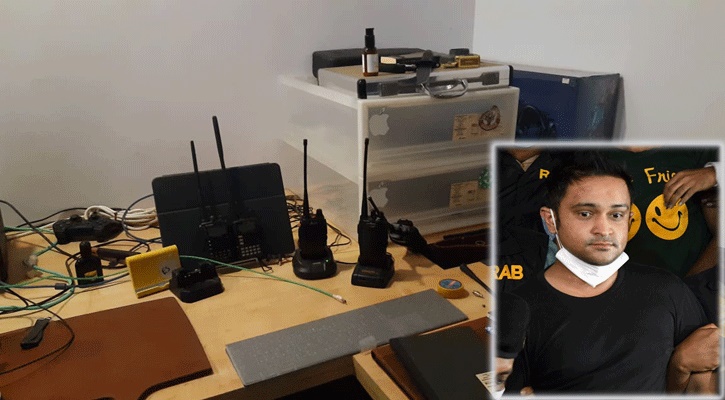 The government is going to suspend councillor of Dhaka South’s ward No 30 Erfan Salim as a mobile court sentenced him to 18 months imprisonment on Monday for the unlawful possession of the walkie-talkies and liquor.

The local government ministry will take the decision about his suspension after getting documents regarding the conviction order, ministry sources said.
While talking about the issue, LGRD Secretary Helal Uddin Ahmed told journalists that the ministry will consider suspending Erfan after Dhaka South City Corporation (DSCC) officially inform it of the conviction.

Erfan Selim, son of lawmaker Haji Mohammad Salim, came in the crosshairs of law enforcement after being charged in a case over “attacking” Lt Wasif Ahmed Khan of Bangladesh Navy in Dhanmondi area of Dhaka.

Rapid Action Battalion (RAB) arrested Erfan Selim, a councilor of ward 30 of Dhaka South City Corporation, after conducting a drive at his house, at Old Dhaka on Monday.

Later, a mobile court led by RAB Executive Magistrate Sarwoer Alam jailed him for 18 months after illegal guns, ammunition, liquor, walkie-talkies and handcuffs were found during the raid.

On Sunday night, a video of Lieutenant Wasif screaming for justice before the public after being assaulted by Erfan and a few accomplices went viral on social media.

The attack took place in the Kalabagan bus stop area around 7:45pm on Sunday, when the military officer protested after his motorcycle was hit by Erfan’s car, which had a parliament sticker.