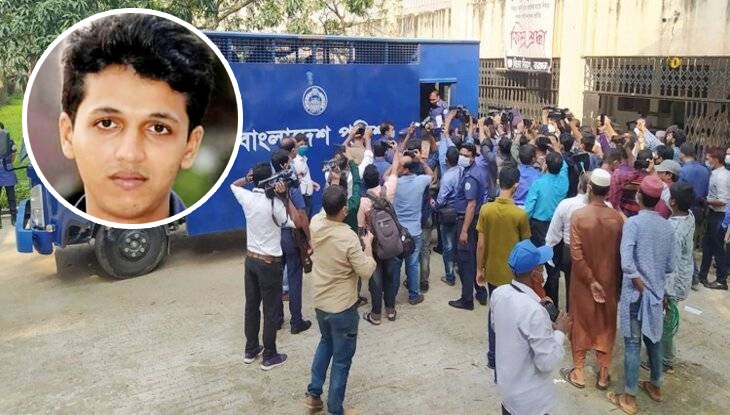 A Barguna court has sentenced six juvenile accused to ten years of imprisonment, four others to five years and one to three years in the much-discussed Rifat Sharif murder case.

The court also acquitted three others from the murder charge.

According to court sources, after the testimony of 74 witnesses against the 14 juvenile accused in the Rifat murder case was recorded, the concerned lawyers presented their arguments in the court for and against all the accused.

Earlier, the eight juvenile accused who were on bail and six others staying in the prison’s juvenile ward were produced before the court.

On September 30, six people including Ayesha Siddiqua Minni, wife of murdered youth Rifat Sharif, were sentenced to death by the Barguna District and Sessions Judges’ Court, while four others were acquitted.

Rifat, 22, was mercilessly hacked on June 26 last year by a group of individuals in broad daylight in Barguna town, even as his wife Minni tried to save him.

He succumbed to his injuries at Barisal Sher-e-Bangla Medical College Hospital later in the evening.

The next day, Rifat’s father filed a murders case with the Sadar police station.

On September 1 the same year, police submitted two separate charge sheets against Minni and 23 others, including 10 adults and 14 juveniles.

On January 8, 2020, Judge Hafizur Rahman framed charges against 14 juvenile accused after concluding the hearing of defence and prosecution lawyers.

On August 10, judicial proceedings of the murder case resumed after five months; it had been halted due to the coronavirus pandemic.