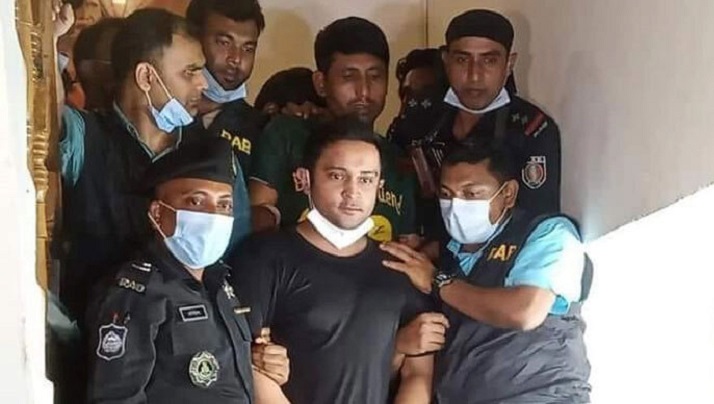 Mohammad Erfan Salim, son of lawmaker Haji Salim, has been put on a 3-day remand in a case for attempting to kill a Navy officer.

Lt Wasif Ahmed Khan of Bangladesh Navy filed the case against Erfan and his associates with Dhanmondi Police Station.
Law enforcers raided residence of Haji Salim and arrested Erfan and his bodyguard two days ago. Personal assistant of Erfan was also captured from outside Dhaka.

The arrestees are in 14-day quarantine inside the Dhaka Central Jail in Keraniganj as part of corona safety measure.