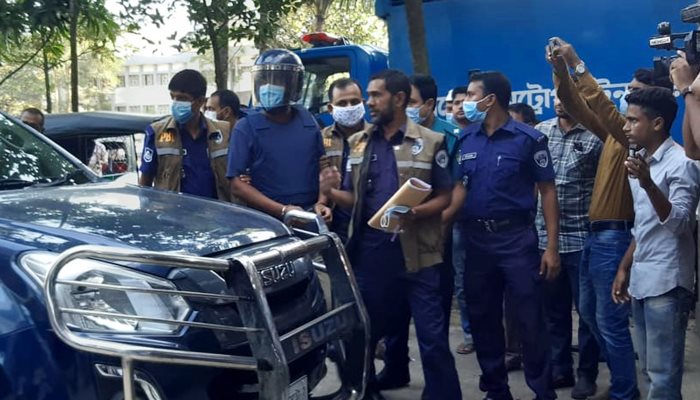 A court in Sylhet has granted a five-day remand for suspended assistant sub-inspector Ashek Elahi in a case filed over death of Raihan Ahmed at Bandarbazar Police Outpost in Sylhet.

The court passed the order after Police Bureau of Investigation (PBI) produced him before it seeking remand for him on Thursday.

However, the court granted a three-day fresh remand for suspended police constable Harun in the same case.

According to investigation, a police team, led by Ashek, detained Raihan and brought him to the police outpost on October 10.

Three policemen including Ashek were withdrawn on the same day.

Besides, the SMP formed an investigation committee, headed by its Additional Deputy Commissioner Shahrier Al Mamun, to look into the death of Raihan. After a primary investigation, they found some policemen guilty of foul play.