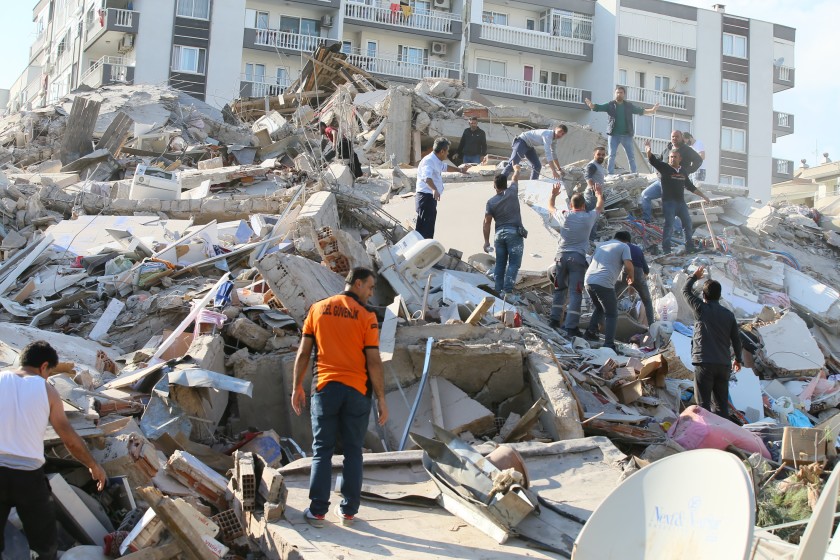 A strong earthquake in the Aegean Sea has shaken Turkey and Greece. Turkey’s interior minister reports that at least six buildings in western Izmir province were destroyed.

The governor said there was no immediate information about casualties.

Turkish media said the earthquake was felt across the regions of Aegean and Marmara, where Istanbul is located. Istanbul’s governor said there were no reports of damage.

The quake was felt across the eastern Greek islands and even in the Greek capital, Athens. Greek media said people in Samos, near the quake’s epicenter, and other islands fled their homes, while some rockfalls were reported. There were no immediate reports of injuries.