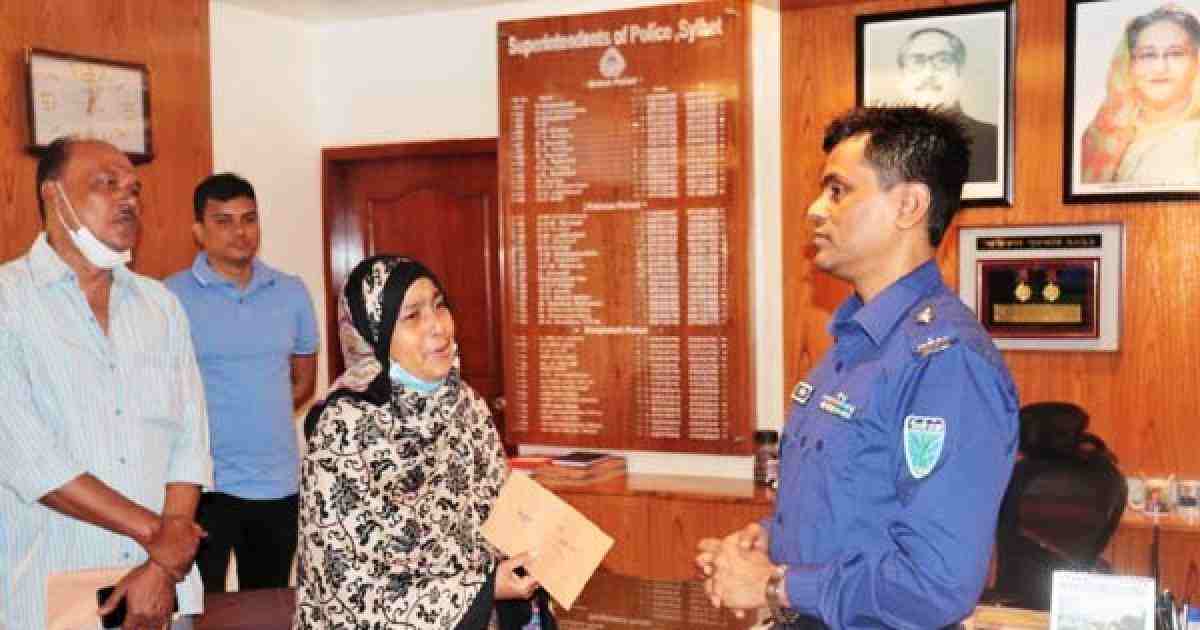 Sylhet Metropolitan Police (SMP) on Sunday handed over Tk 50,000 to mother of Raihan Ahmed who was killed at Bandarbazar police outpost.

Superintendent of Police Farid Uddin handed over the money from the district Police Welfare Fund at his office.

Farid Uddin also assured Raihan’s mother of getting justice for her lost son and gave gift items for Raihan’s children.

On October 11, Raihan, 34, a resident of Akharia in Sylhet city, was beaten to death in police custody, his family said.

Four policemen, including the then in-charge of Bandarbazar Police outpost Sub-Inspector Akbar, were suspended on October 12. Three policemen were also withdrawn the same day.

The case has been transferred to the Police Bureau of Investigation.

Besides, the Sylhet Metropolitan Police (SMP) formed a committee to look into the death of Raihan. After a primary investigation, it found some policemen guilty of foul play.

After the autopsy, doctors said there were 111 injury marks on Raihan’s body and two of his nails were pulled out.

On October 22, former SMP Commissioner Golam Kibria was transferred over widespread criticism of the role of police in Raihan’s death.

2020-11-15
Mr. Admin
Previous: US provides ventilators to Bangladesh to respond to COVID-19
Next: Covid-19 deaths increase by 168 as almost 25,000 more test positive for coronavirus