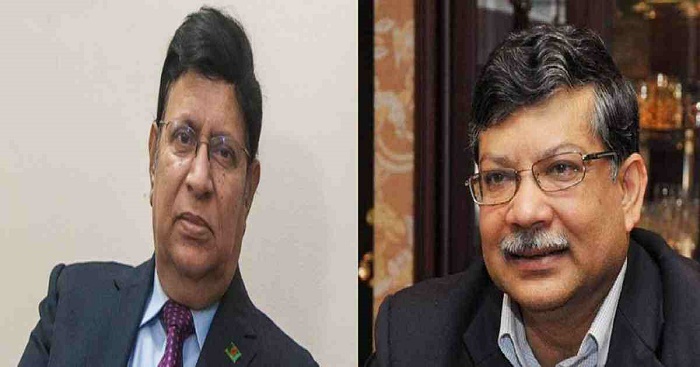 They are doing fine and remain in isolation, said the Ministry of Foreign Affairs.
They both were scheduled to leave for Niger this morning (Wednesday) to attend the 47th session of the OIC Council of Foreign Ministers (CFM).

The planned visit was cancelled as they got the Covid-19 test reports on Tuesday.

They went for Covid-19 test as per rules before travelling abroad.

The Organization of Islamic Cooperation (OIC) will hold the meeting on the theme “United against Terrorism for Peace and Development” on November 27-28.

Placed on the agenda of this year’s CFM session, Secretary General Dr Yousef Al-Othaimeen explains, is a list of topics and issues of concern to the Muslim world.

In addition to the Palestinian cause, the fight against violence, extremism and terrorism, Islamophobia and religious defamation will also be discussed.

The OIC foreign ministers will also discuss, over two days, political, humanitarian, economic, socio-cultural and other issues related to science and technology, the media and the implementation progress on the OIC plan of action 2025.

The other item on the agenda is a brainstorming session on “Security and Humanitarian Challenges Confronting African Sahel States Members of the OIC”.

The Gambia filed a more than 500-page Memorial, which also includes more than 5000 pages of supporting material, in its lawsuit against Myanmar at the ICJ in The Hague, making its case for how the Government of Myanmar is responsible for genocide against Rohingya.

In November 2019, The Gambia opened a case at the ICJ, also known as the World Court, against Myanmar for failing to prevent or punish genocide against Rohingya Muslims.

On January 23, 2020, the ICJ unanimously indicated legally binding provisional measures, requiring the Government of Myanmar to take all steps within its power to prevent the commission of all acts of genocide, such as killing, causing serious mental or bodily harm, and other acts listed in the Genocide Convention.

It also requires the government to preserve evidence of genocide and to report to the court every six months on its progress implementing the order, among other measures.

On September 22, the U.N. Special Rapporteur on the situation of human rights in Myanmar, Thomas Andrews, presented satellite photographs of a Rohingya village–Khan Da Para, also known as Kan Kya, in Rakhine State—before and after it was attacked and destroyed in military-led “clearance operations” in August 2017.