A further 414 people have died in the UK within 28 days of testing positive for Covid-19 as of Thursday, according to government figures.

It brings the total number of coronavirus deaths in the UK to 60,113.

Separate figures published by the UK’s statistics agencies for deaths where Covid-19 has been mentioned on the death certificate, together with additional data on deaths that have occurred in recent days, show the total number as 76,000.

The Government said that, as of 9am on Thursday, there had been a further 14,879 lab-confirmed cases of coronavirus in the UK. 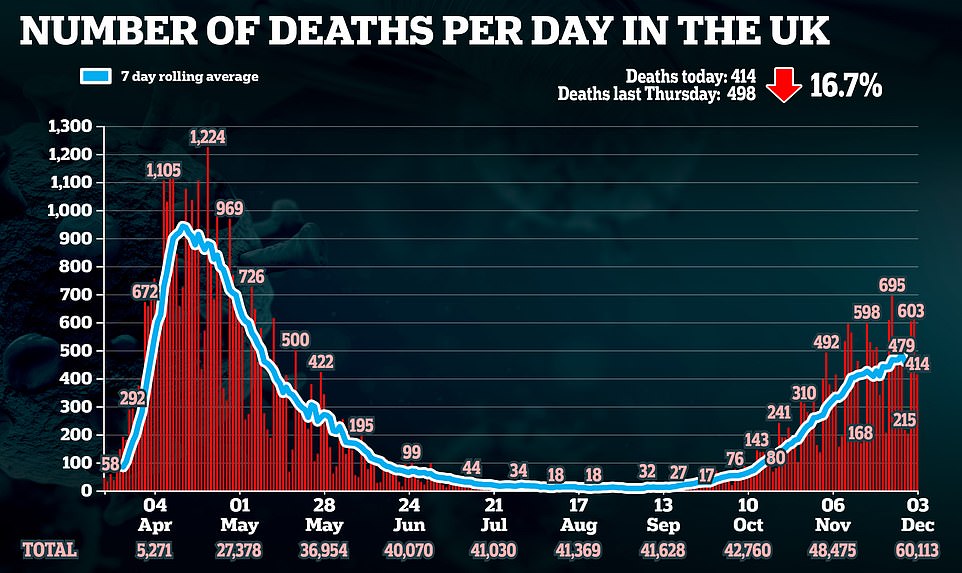 There were a total of 328 deaths in England.

Of those, 295 were people who died in hospital within 28 days of testing positive for coronavirus, bringing the total number of confirmed deaths reported in hospitals to 41,605, NHS England said.

Patients were aged between 39 and 99. All except 11, aged between 53 and 91, had known underlying health conditions.

The deaths were between October 24 and December 2, with the majority on or after November 30.

Twenty-two other deaths in hospital were reported with no positive Covid-19 test result.

The remaining 11 people died following a positive test in a setting other than hospital. 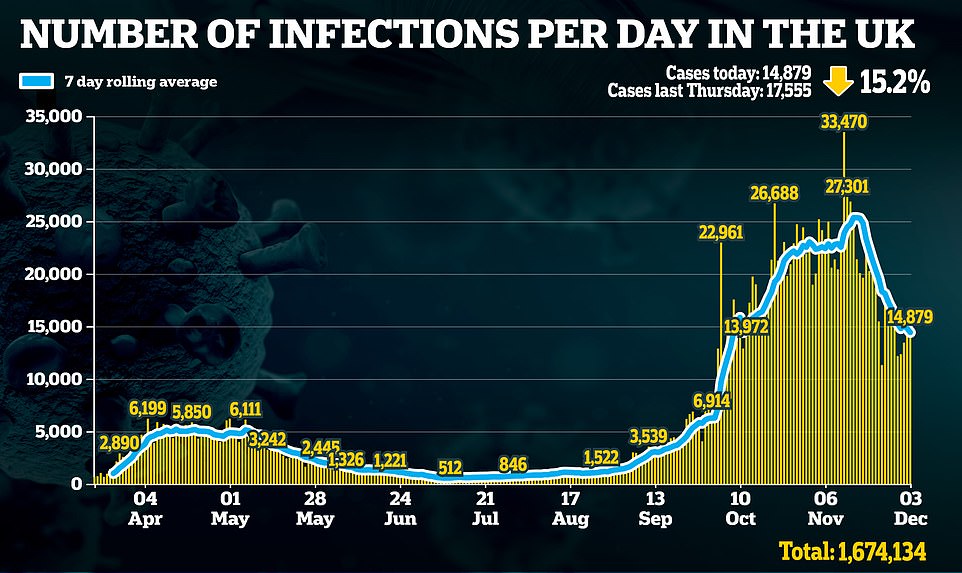 A further 11 people died following a positive test for coronavirus as of Thursday bringing the total number of deaths in Northern Ireland to 1,026.

A further 51 people died in Scotland following a positive coronavirus test bringing the total number of deaths to 3,848.