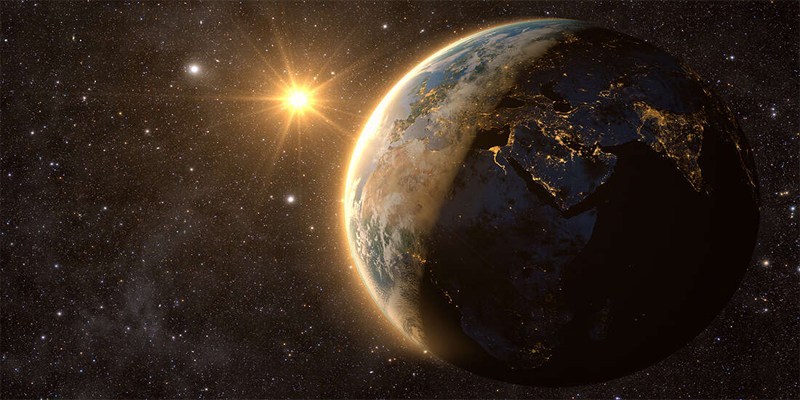 Even the Earth wanted 2020 to be over in a hurry: Our planet spun faster than normal last year, scientists say.

As noted on LiveScience, the Earth’s 28 fastest days on record (since 1960) all occurred in 2020, with Earth completing its revolutions around its axis milliseconds quicker than average.
Usually, the Earth is an excellent timekeeper, according to TimeandDate.com. On average, with respect to the sun, it rotates once every 86,400 seconds, which equals 24 hours. This is known as a mean solar day.

“But it is not perfect,” write Graham Jones and Konstantin Bikos on TimeandDate.com. “When highly accurate atomic clocks were developed in the 1960s, they showed that the length of a mean solar day can vary by milliseconds (1 millisecond equals 0.001 seconds).”

The Earth’s rotation can change slightly because of the movement of its core and also, surprisingly, because of weather and ocean patterns.

“Changes in the atmosphere, specifically atmospheric pressure around the world, and the motions of the winds that may be related to such climate signals as El Niño are strong enough that their effect is observed in the Earth’s rotation signal,” David A. Salstein, an atmospheric scientist from Atmospheric and Environmental Research, said in 2003.

El Niño is a periodic natural warming of the tropical Pacific Ocean, while La Niña, which was observed toward the end of 2020, is a natural cooling of the same part of the Pacific. According to NOAA, while El Niño results in a decrease in the earth’s rotation rate, La Niña tends to have the opposite effect.

The recent acceleration in Earth’s spin has scientists talking for the first time about a negative leap second, LiveScience said. Instead of adding a leap second, which has been done several times before to make up for a slowing of the Earth’s rotation, they might need to subtract one.
“It’s quite possible that a negative leap second will be needed if the Earth’s rotation rate increases further, but it’s too early to say if this is likely to happen,” physicist Peter Whibberley of the National Physics Laboratory in the U.K., told The Telegraph.

“There are also international discussions taking place about the future of leap seconds, and it’s also possible that the need for a negative leap second might push the decision towards ending leap seconds for good,” he said.

Because of the earth’s inconsistent speed, scientists in the 1950s created an atomic clock to keep precise track of time. However, as the Earth’s rotation can vary, the atomic clock continued steadily ahead and the two time indicators grew farther apart.

To fix that inconsistency, scientists then created UTC (Coordinated Universal Time) to help bridge the gap between Earth time and the atomic clock. However, the atomic clock continued to race ahead, so at least once every 10 years scientists added an extra leap second to the UTC to keep them closer together. It’s particularly important for things like GPS navigation.

“In everyday life, this extra second has practically no importance,” Wolfgang Dick, a spokesman for the International Earth Rotation and Reference Systems Service, the organization that maintains global time, told USA TODAY in 2016. “However, in every field where exact time is needed (astronomy, navigation, spaceflight, but also computer networks for stock markets or energy supply, and much more) this second is of great importance,” Dick said.

The most recent leap second was added in 2016.

2021-01-09
Mr. Admin
Previous: Bangladeshi physician dies of coronavirus in US
Next: Covid-19 immunity may lasts for years: Study