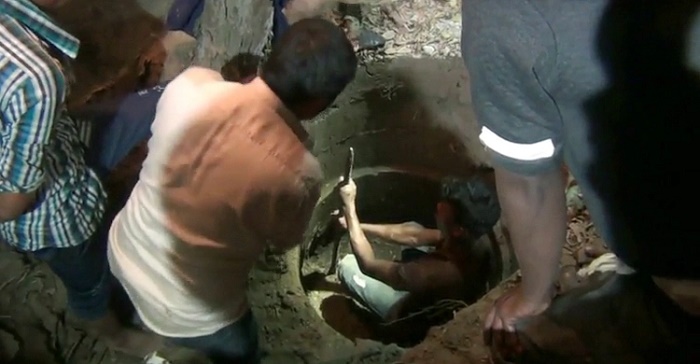 Police recovered the decomposed body of a teenage girl from a septic tank at Purba Botla village in Kalkini upazila of Madaripur on Saturday night, after 11 months she went missing.

According to locals, Sahabuddin Akond, son of Majid Akon, was engaged in a love affair with Murshida Akter, daughter of Chanmia Hawladar of East Botla village of Dasar police station in Madaripur district.

Sahabuddin took Murshida away from her home in February last year for medical treatment. But she did not return home.

On Thursday, accused Sahabuddin Akond surrendered to the court.

Later, a Madaripur court granted a two-day remand for Sahabuddin after sub-inspector Tariqul Islam, also the investigating officer of the case, sought a 10-day remand for him.

After gleaning information from Sahabuddin, the police recovered the decomposed body of Murshid from the septic tank of his house around 8 pm.

Madaripur Additional Superintendent of Police Abdul Hannan Mia confirmed the matter to media, adding that the accused is being further interrogated.