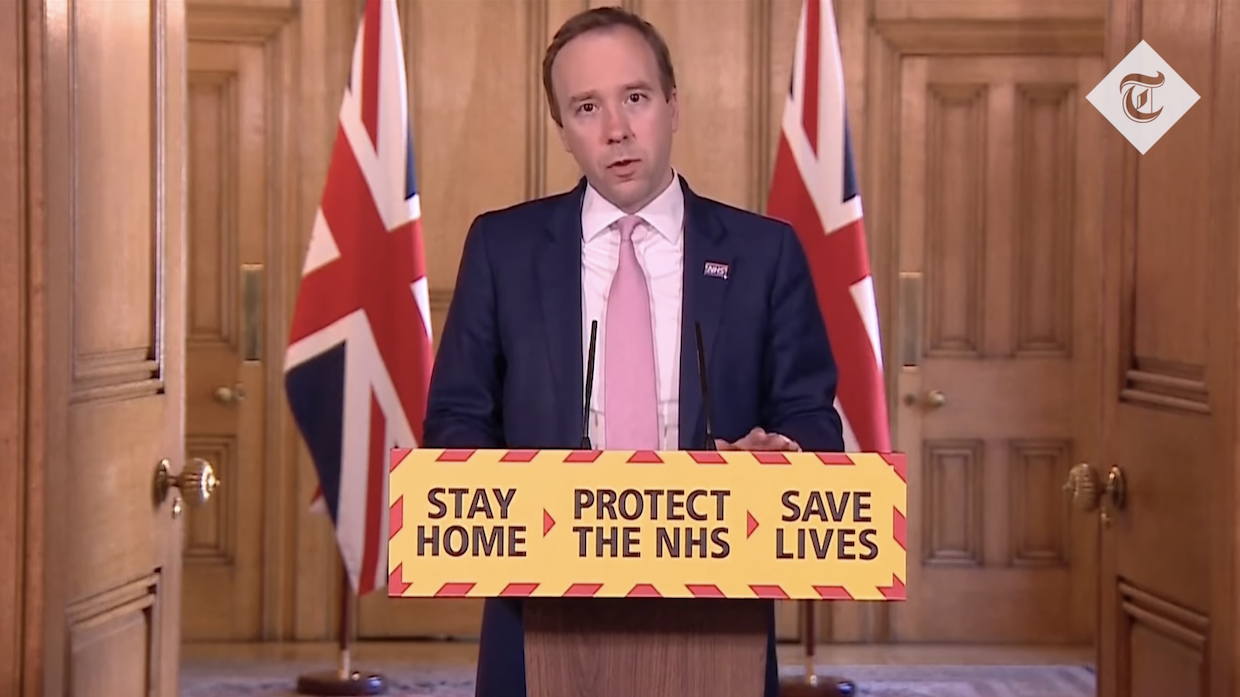 Covid-19 is being brought “under control” in the UK, the health secretary has said, suggesting that lockdown restrictions are having an impact on virus transmission.

In an optimistic press conference, Matt Hancock said the government is “smashing the target” of vaccinating the four groups considered most vulnerable to coronavirus by February 15.

He said 4,620,501 people in the UK have had at least one dose of the Covid vaccine, including more than half of over-80s and half of those in care homes.

The government is aiming to vaccinate the 13.9 million people considered most vulnerable by mid-February, with the hope it could then begin to ease lockdown restrictions around two weeks later.

But National Director of NHS England, Professor Stephen Powis, cautioned it will be “some time” before vaccination levels mean restrictions can be eased.
He said the NHS remains under “extreme pressure… more than ever seen before”, with around 15,000 people having been admitted to hospitals with coronavirus since Christmas Eve.

There were 599 deaths recorded in the UK as of 9am on Monday, Mr Hancock said, adding how someone with coronavirus is now admitted to hospital “every 30 seconds”.

He urged people to stick with the regulations as the programme continued to roll out.

“Don’t blow it now. We are on the route out. We are protecting the most vulnerable. We are getting the virus under control,” he said.
“Together, I know that we can do it and we have got to stick at it.”

Professor Powis added: “It is absolutely critical that we continue to stick to those social distancing rules that are in place. That we don’t rely yet on vaccines coming to our rescue.

“It will be some time before the effects of the vaccination programme are seen through into reducing pressure on hospitals. We all have a role to play in reducing the risk of transmission.”

The health secretary claimed Britain is “vaccinating more than double the rate per person per day than any other country in Europe”, as he welcomed the rollout of jabs to over-70s, which began on Monday.