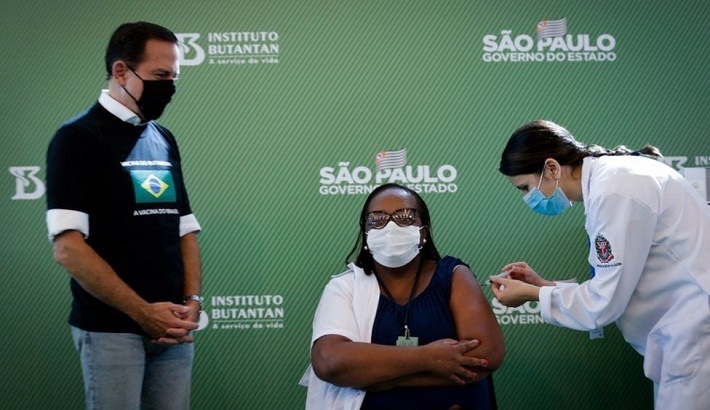 Regulator Anvisa gave the green light to vaccines from Oxford-AstraZeneca and China’s Sinovac, doses of which will be distributed among all 27 states.
Brazil’s vaccine programme has started later than many of its regional peers.

This is despite the severity of its epidemic, and the world’s second highest death toll.

Brazilian President Jair Bolsonaro, who has played down the pandemic from the beginning, has come under renewed fire in recent months as Brazil has gone through a devastating second wave of the virus.

Authorities reported 551 new fatalities on Sunday, the first time in six days that it had fallen short of 1,000.

In all, more than 209,000 Covid-related deaths have been recorded in Brazil, a raw total figure only exceeded by the US.

Over 8.4 million infections have been confirmed since the start of the pandemic – the third-highest tally in the world.