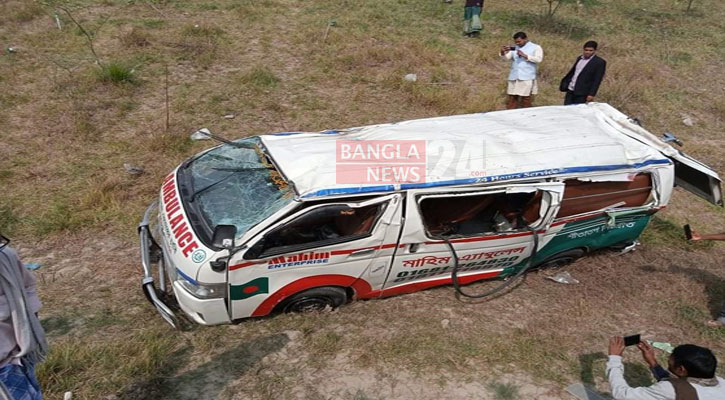 Two people were killed and three others injured as an ambulance fell into a roadside ditch in Kutubpur Bara Keshobpur area under Shibchar upazial of Madaripur on Friday noon.

The deceased were identified as Khadija Begum, 50, wife of Anwar Hossain and Mehedi Hasan, 17, son of Jalal Mia, both of them hailing from Purba Bamura village in Ujirpur upazial of Barishal.
Confirming the news, Sohrab Ahmmed, officer-in-charge (OC) of Shibchar Highway Police Station, said the ambulance fell into the roadside ditch carrying the victims after its driver lost control over its steering at 12:00 pm, leaving Khadija and Mehedi dead on the spot and three others injured.

The injured have been admitted to Pancchar Royal Hospital.

Another 1,800 Rohingyas moved to Bhasan Char