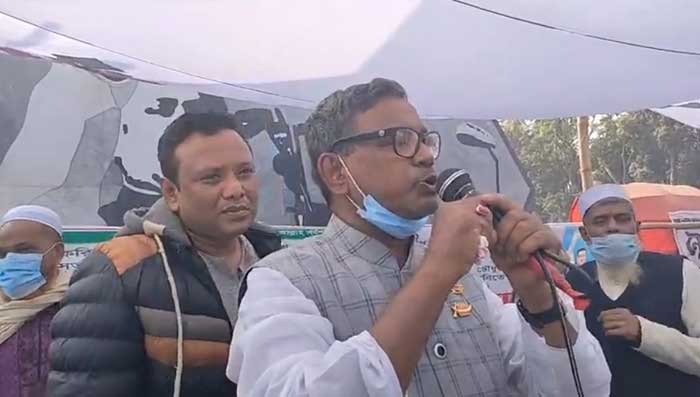 Protesting the remarks, Bosurhat Municipal AL and its associated bodies brought out a procession and held protest rally at Bashurhat Bazar in Companiganj upazila around 7pm on Friday.

Abdul Quader Mirza in the rally demanded expulsion of Noakhali District AL general secretary Ekramul Karim from his post and dissolution of the current committee of district AL.

He declared that the protest rally would be continued until the demands are met.

Later, the indefinite strike was postponed around 10am on Saturday and the hartal was called for Sunday—from 6am to 2pm.