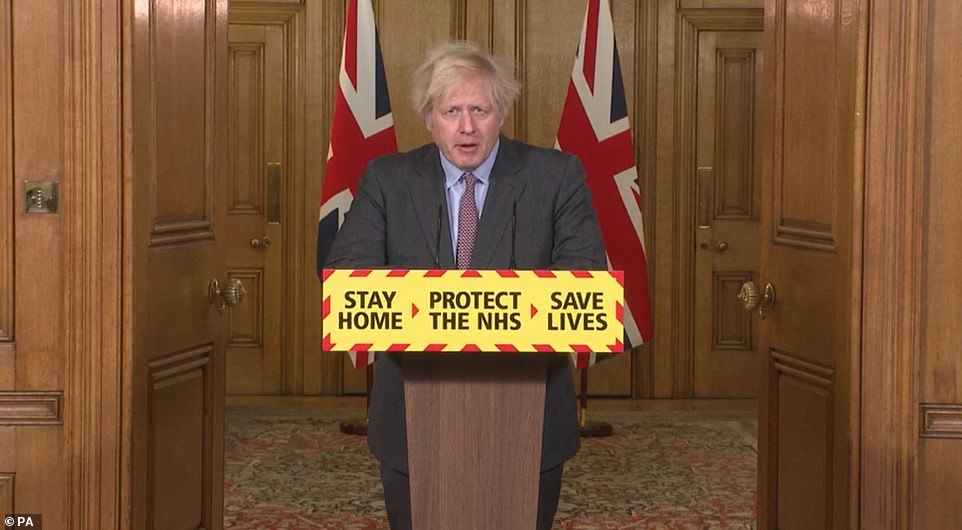 Boris Johnson offered his ‘deepest condolences’ to everyone that had lost a relative to coronavirus at a Downing Street press conference today after the UK’s death toll crossed the grim milestone of 100,000

The UK’s coronavirus death toll has passed the grim milestone of having recorded more than 100,000 fatalities.

The Covid-19 death toll surpassed the figure on Tuesday, with the government confirming another 1,631 deaths.

It brings the UK’s total coronavirus death toll to 100,162 – one of the highest in the world.

Boris Johnson, speaking at a Downing Street press conference offered his condolences to those who have lost loved ones, as he urged people to stick with the lockdown restrictions.

“It’s hard to compute the sorrow contained in that grim statistic: The years of life lost, the family gatherings not attended and for so many relatives the missed chance to even say goodbye,” he said.
Health Secretary Matt Hancock said his thoughts are with “each and every person who has lost a loved one – behind these heart-breaking figures are friends, families and neighbours”.

He said Covid-19 vaccines offer a “way out” of the pandemic, “but we cannot let up now”.

“We sadly still face a tough period ahead. The virus is still spreading and we’re seeing over 3,500 people per day being admitted into hospital.”
Labour leader Sir Keir Starmer said the figure represents a “national tragedy” and is a “terrible reminder of all that we have lost as a country”. 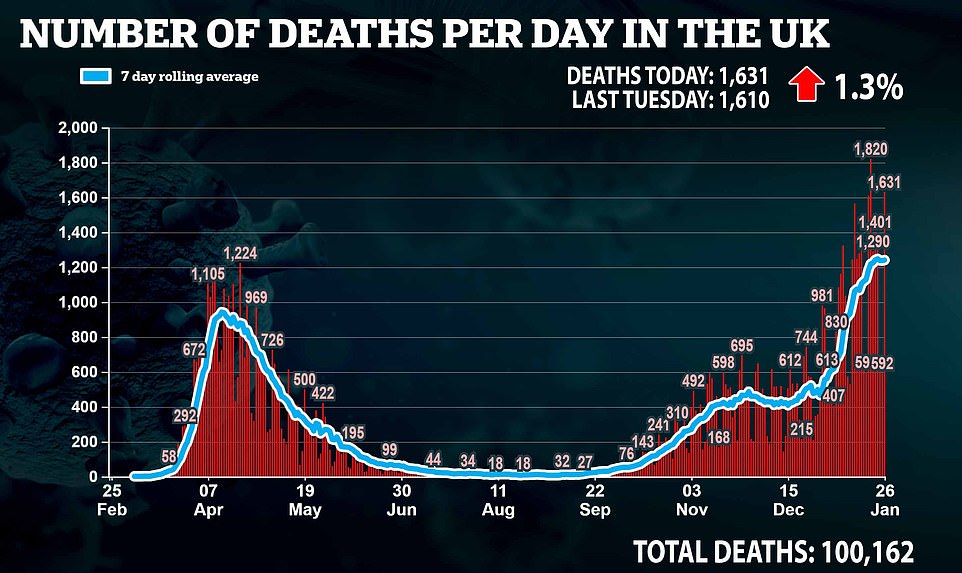 He added: “To all those that are mourning, we must promise to learn the lessons of what went wrong and build a more resilient country. That day will come and we will get there together.

“But for now we must remember those that we have lost and be vigilant in the national effort to stay at home, protect our NHS and vaccinate Britain.”

Liberal Democrats leader Ed Davey called for an independent inquiry into how the UK reached such a high death toll, saying there must be justice for bereaved families.
Reaching 100,000 deaths comes just over one year since health authorities in China reported that a 61-year-old man in Wuhan had died from a “new type of coronavirus”.

Just months after, in March 2020, the UK saw its first death of a person who tested positive for the virus – a woman aged in her 70s who had underlying health conditions.

Little did we know back then that the death toll in the United Kingdom would reach 50,000 eight months later in November.

And with Covid-19 evolving and new strains forming in the UK’s south-east as well as South Africa, the death toll doubled in less than half the time to reach 100,000 in January 2021.

When did most deaths occur?

January 2021 has overtaken April 2020 to become the UK’s bleakest month during this pandemic.

On January 20, 1,820 Covid deaths were reported within 28 days of a positive coronavirus test – the peak number of deaths in a single day. 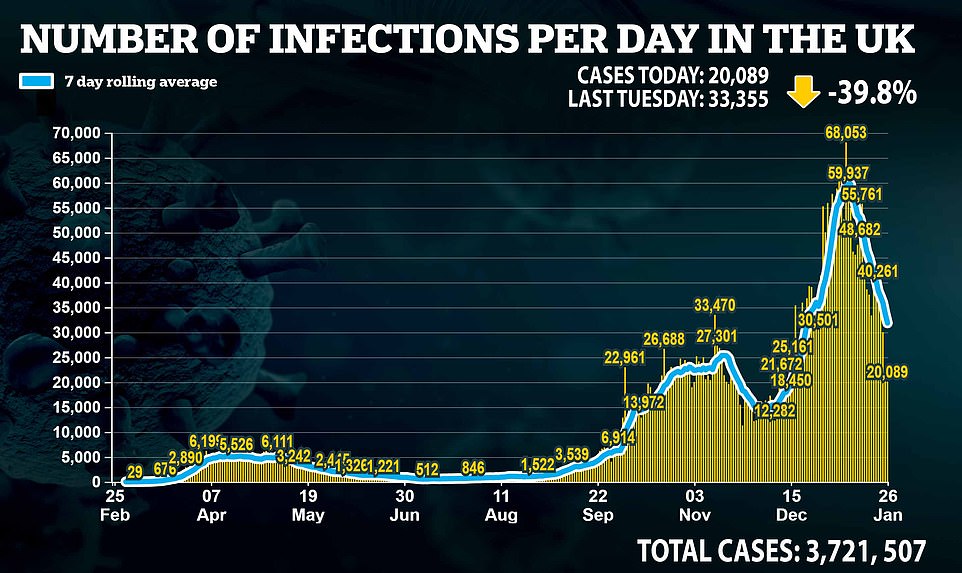 How does the UK compare to the rest of the world?

The UK has the world’s worst daily death rate for coronavirus related fatalities, according to research by Oxford University.

Britain knocked the Czech Republic – which had the highest daily death rate since January 11 – off the top spot when it published the death figures on January 17.

Why are deaths reported as ‘died after testing positive for Covid-19’?

When a person dies with the virus in their body, it must be reported they had the infection – it could be the major cause, a contributory factor or they may die of something else unrelated.

Covid-19 deaths are reported weekly by the Office for National Statistics (ONS) and daily by the government incorporating the UK as a whole, and by all health bodies of the the four nations individually.

The ONS numbers are higher because they include deaths where Covid-19 was recorded as a cause of death on the death certificate, whether or not there was a lab-confirmed test, but where the doctor believes Covid-19 to have caused or contributed to the death based on the deceased’s symptoms. There is also no time frame on when the test was taken to the time of death.