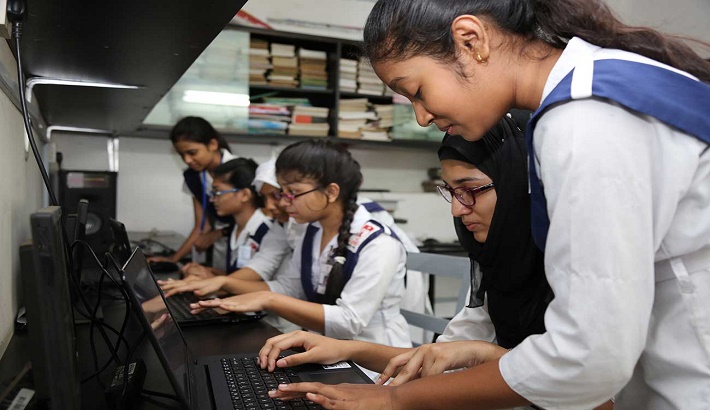 The country’s schools are facing trouble over separation of group in class nine as all students have been automatically promoted to class IX this year due to Covid-19 pandemic.

This year the students were promoted to next class without holding the Junior School Certificate (JSC) and Junior Dakhil Certificate (JDC) examinations in 2020.
As a result, the schools are facing problems over separation of groups such as science and commerce.

Usually, the students were given the science and commerce groups based on their results in several subjects like Mathematics and English.

But the school cannot follow the system as no exam was held and students were not provided with any mark based on their subjects due to auto promotion.

Allegation was also found that some dishonest officials of schools are also taking bribe to provide science group to the students.

Besides, a section of influential guardians are also forcing the school authorities to admit their children as per their desired group at class IX despite poor results in the previous exams.

Admitting about the problem, Dhaka education board Chairman Prof Nehal Ahmed said, usually, the schools have to face pressure to select student for science group as everyone want it,

but the number of seats in science group is limited.

“The problem is increased as the JSC exam was not held this year. In this case, we are taking decision to provide group to student on the basis of evaluation of class VII examination and assignment of class VIII,” he said.

“If there is any problem, the class teacher will fix the group observing the performance of English-Mathematics subjects of students for two to three months class after reopening of schools,” Prof Nehal added

Ministry sources said Education Minister Dr Dipu Moni on January 27 sat in a meeting with the education boards chairman, NCTB officials and principals of some schools of the capital over the curtailed syllabus of SSC and HSC.

At the meeting, Jashore Education Board Chairman Dr Mollah Amir Hossain pointed out the problem of the group separation before the education minister saying that they are facing different kinds of pressure and complexities.

Dipu Moni suggested three alternatives to resolve the problem. She said since the JSC exam was not held, the group can be given to the student by assessing the results of class VII and assignment of class VIII.

“If there is also any problem, the student can be selected after observing them for three months after reopening of the schools,” she said.

Principals of several schools said most of the guardians want to admit their students in science group to make their children as doctor or engineer but the seat capacity in the science group is limited. So they are facing problem over selection of group for students.

When asked, Motijheel Ideal School principal Dr Shahan Ara Begum said, “Problem was created regarding selection of students for science and commerce groups at class IX. So we have admitted the students without providing them with any group.”

“The group will be given to the students through different evaluation after reopening of our school,” she said.