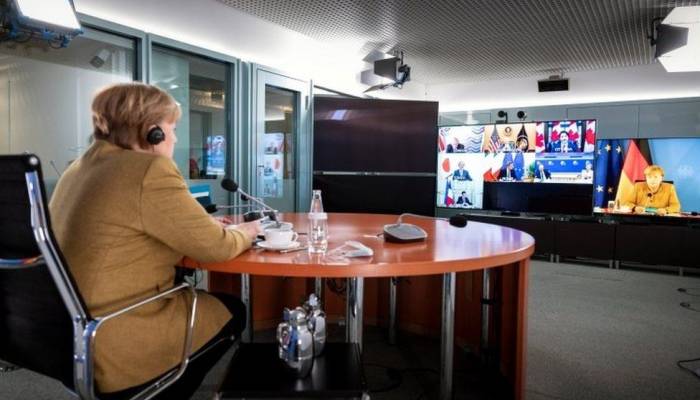 G7 leaders have pledged to intensify co-operation on Covid-19 and increase their contribution to the Covax vaccine-sharing initiative.

In a joint statement released after a virtual summit on Friday, G7 leaders raised their overall commitment to $7.5bn (£5.3bn),, reports  BBC.

Wealthy countries are facing growing pressure to make sure lower-income nations get fair access to vaccines.

President Joe Biden has pledged $4bn in US aid to the fund.

An initial $2bn will be donated in 2021, with an additional $2bn coming over the next two years.

Germany pledged an additional $1.2bn with Chancellor Angela Merkel telling journalists: “I stressed in my intervention that the pandemic is not over until all people in the world have been vaccinated.”

The Covax scheme is aiming to get at least 1.3bn vaccine doses to vulnerable populations worldwide in the coming months.

Covax is co-led by Gavi, known as the Vaccine Alliance, the World Health Organization (WHO) and the Coalition for Epidemic Preparedness Innovations (CEPI).

WHO chief Tedros Adhanom Ghebreyesus said on Friday he was grateful for the new commitments but emphasised that more was needed to address the world’s vaccination imbalance.

“Vaccine equity is not just the right thing to do, it’s also the smart thing to do,” he said at the annual Munich Security Conference, also held virtually on Friday.

French President Emmanuel Macron is among world leaders calling for further action to address the world’s vaccine imbalance – saying Europe and the US should urgently send up to 5% of their supplies to developing nations.

The new commitments come days after UN Secretary General António Guterres criticised the distribution of vaccines so far as “wildly uneven and unfair”.

Friday’s online meeting was the first gathering of G7 leaders since April 2020, and the first international meeting for new US President Joe Biden.

Prime Minister Boris Johnson, this year’s G7 chair, has said that the UK will donate much of its surplus vaccine supply to poorer nations.

To date, at least 110 million people have been infected with the virus worldwide and more than 2.4 million have died, according to figures from Johns Hopkins University.

2021-02-20
Mr. Admin
Previous: ATM Shamsuzzaman passes away
Next: Dhaka for creating jobs, other opportunities for those left behind