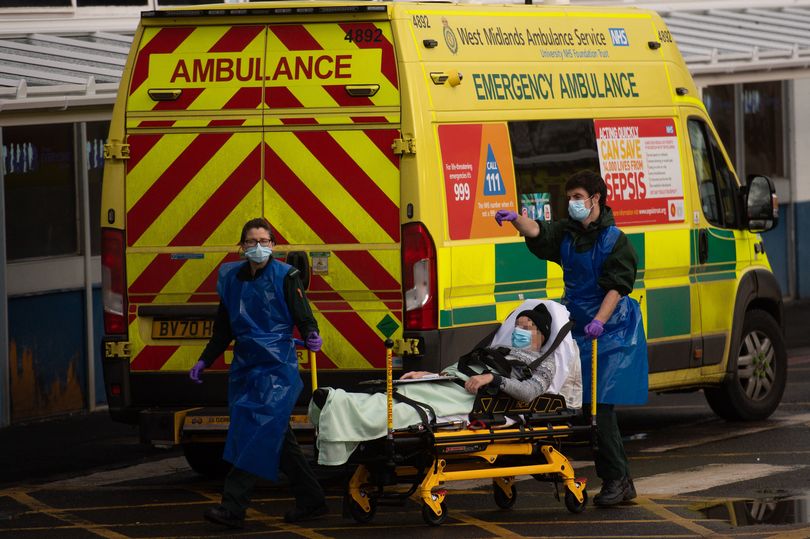 Separate figures published by the UK’s statistics agencies for deaths where Covid-19 has been mentioned on the death certificate, together with additional data on deaths that have occurred in recent days, show there have now been 140,000 deaths involving Covid-19 in the UK.

The Government also said that, as of 9am on Sunday, there had been a further 9,834 lab-confirmed cases of coronavirus in the UK. 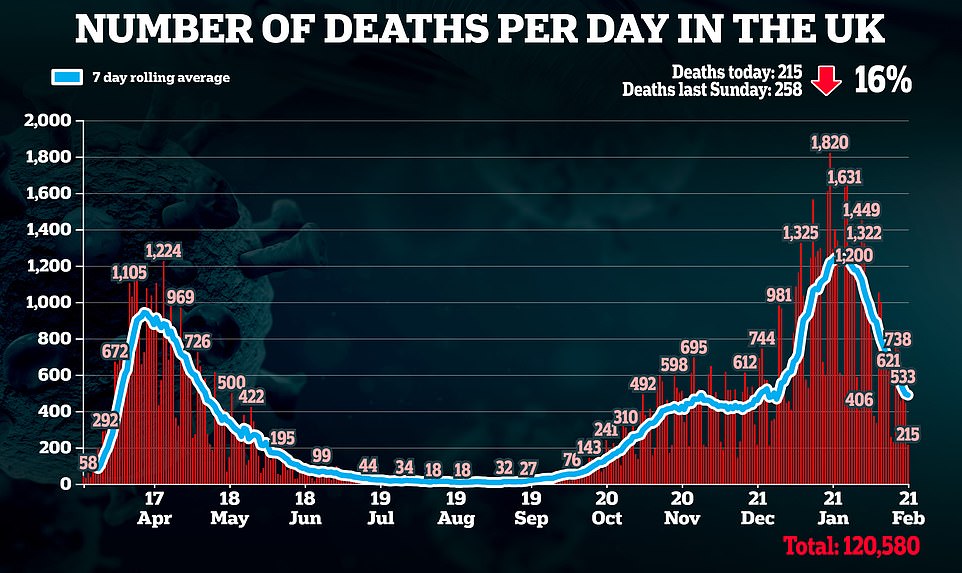 A further 258 people who tested positive for coronavirus have died in hospital in England, bringing the total number of confirmed deaths reported in hospitals to 81,304, NHS England said on Sunday.

Patients were aged between 29 and 101. All except 17, aged between 52 and 100, had known underlying health conditions.

The deaths were between December 10 and February 20.

There were 31 other deaths reported with no positive Covid-19 test result.

There have been a further 336 cases of coronavirus in Wales, taking the total number of confirmed cases to 201,688.

Public Health Wales reported another 16 deaths, taking the total in the country since the start of the pandemic to 5,237. 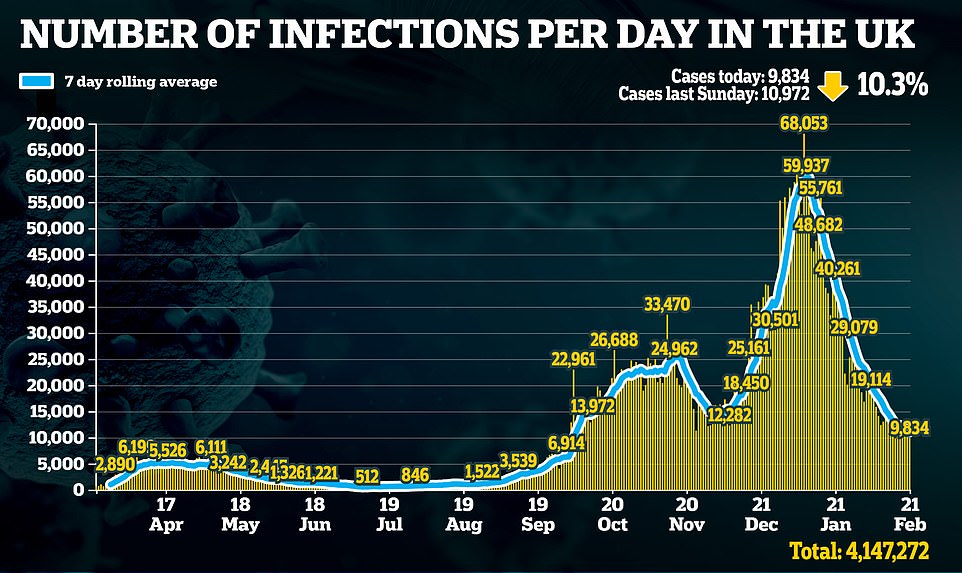 There were 827 new cases reported in Scotland, where five new deaths were also confirmed.

These figures take the overall toll to 197,469 cases and 6,950 deaths since the outbreak began.

The Department of Health said: “263 individuals have tested positive for Covid-19 in the past 24 hours. Sadly, a further four deaths have been reported.”