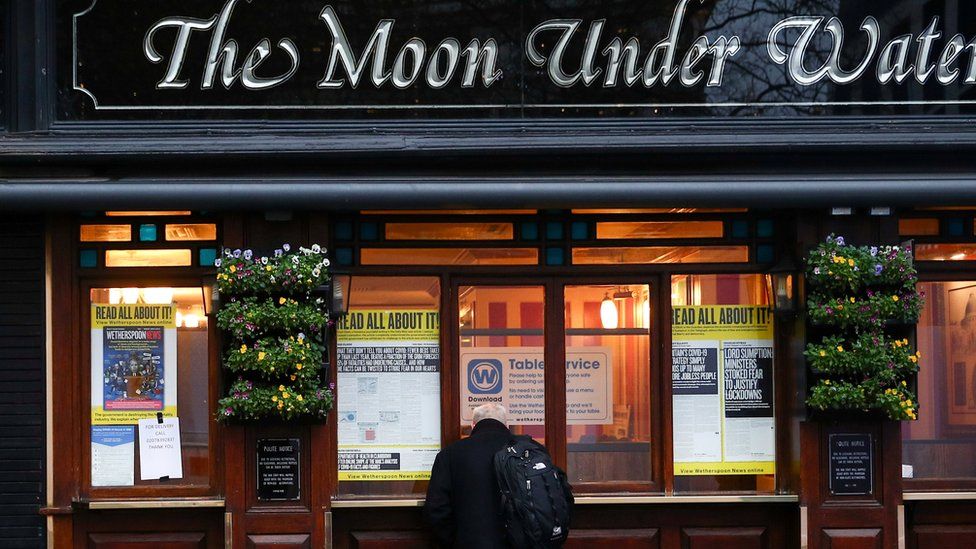 Pubs will be able to serve takeaway drinks from April 12, Downing Street has confirmed.

Boris Johnson’s spokesman announced that once beer gardens reopen during step two of the road map out of lockdown, customers will be able to buy pints to take away.

The serving of takeaway alcohol has not been permitted since the last national lockdown began.
Under previous restrictions, people could continue to buy drinks from pubs even while they were closed.

Speaking on Thursday, the Prime Minister’s official spokesman said: “Outdoor hospitality is permitted, so I believe it would be the case that takeaway alcohol will be permitted.”

Drinkers will have to order their alcohol by table service because queueing at the bar would be banned.

Indoor areas of pubs and restaurants are able to fully reopen from May 17 at the earliest.

After June 21, all legal limits on social contact in pubs could be lifted.

Kate Nicholls, UKHospitality chief executive, said: “This is great news for pubs. Businesses are going to be severely restricted, most likely trading at a loss, until the restrictions are lifted in June.
“Allowing takeaway alcohol will be a vital lifeline for many and could be the difference between survival and failure.

“Almost 60% of pubs have no outdoor space so they won’t be able to open in April. Takeaway is going to be their only source of income until May.”

Society of Independent Brewers (Siba) chief executive James Calder said: “It is welcome news that Downing Street has today confirmed pubs and brewery taprooms who don’t have outdoor space will be able to generate much-needed cashflow from April 12 by serving takeaway pints when beer gardens are permitted to open. But the big question is why not earlier?

“If two individuals are allowed to meet for a coffee from March 8, why not for a takeaway pint?”

Campaign for Real Ale (Camra) chief executive Tom Stainer said: “Allowing take-home sales again in England will help get some much-needed money through the tills for our pubs and breweries and will be especially helpful for those venues that don’t have outside space they can reopen.

“This will also allow consumers to support their local pubs and once again access traditional, fresh, cask beer to enjoy at home.”

The rule which required people to buy a substantial meal with their drink will also be lifted, along with the 10pm curfew.

While unveiling his road map on Monday, Mr Johnson told MPs: “We will begin to reopen our pubs and restaurants outdoors and honourable members will be relieved there will be no curfew and the Scotch egg debate will be over as there will be no requirement for alcohol to be accompanied by a substantial meal.”