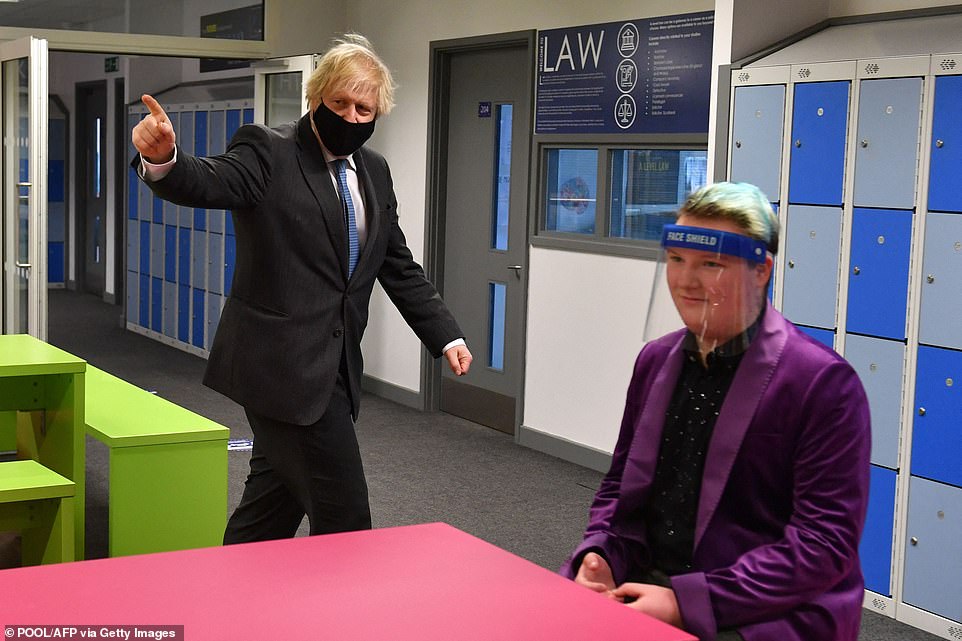 On a visit to a school in the North West today, Boris Johnson denied there was any ‘wiggle room’ to speed up the roadmap and relieve the burden on the economy, despite the shift from the Joint Biosecurity Centre

There have been 323 more Covid deaths reported by the UK government in the last 24 hours.

It brings the UK death toll to 122,070 – as of 9am on Thursday. The figures reflect the number of people who died within 28 days of a positive Covid-19 test.

However, separate figures by the UK’s statistics agencies suggest there have been more Covid deaths. They count the number of deaths where Covid-19 was mentioned in the certificate – 135,613, as of February 12. There is a lag in reporting of at least 11 days because the data is based on death registrations. 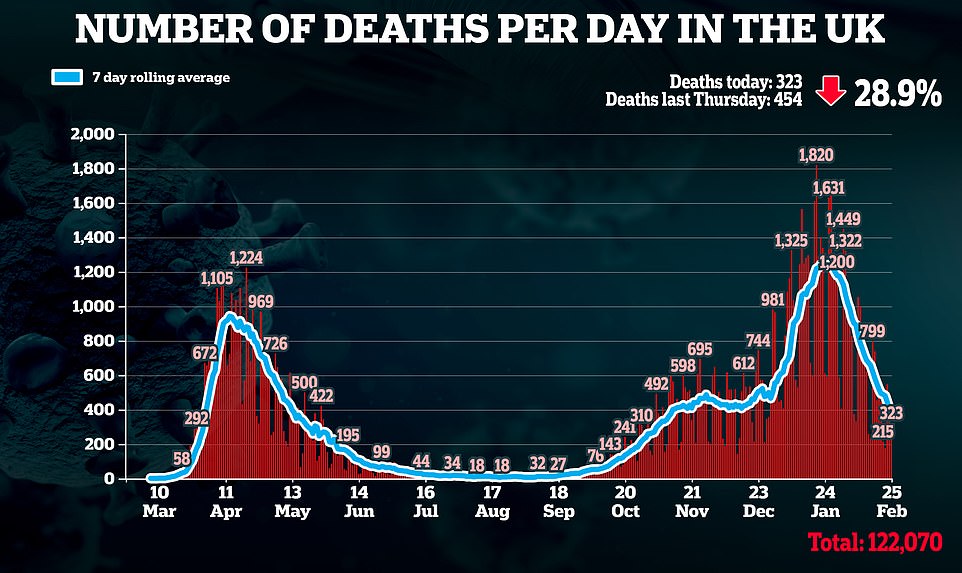 The government reported 266 more Covid deaths in England in the last 24 hours.

The Covid death toll in the nation is now 107,654, according to the government dashboard.

Meanwhile, 8,623 more people tested positive for coronavirus on Thursday, bringing total number of cases since the start of the pandemic to 3,639,352.

The health body reported that 254 more patients died in hospital after a positive test, and another 51 patients had Covid-10 mentioned in their death certificates, despite not getting tested for the virus.

Some of the deaths reported on Thursday are not recent deaths. They happened between December 28 and February 24. 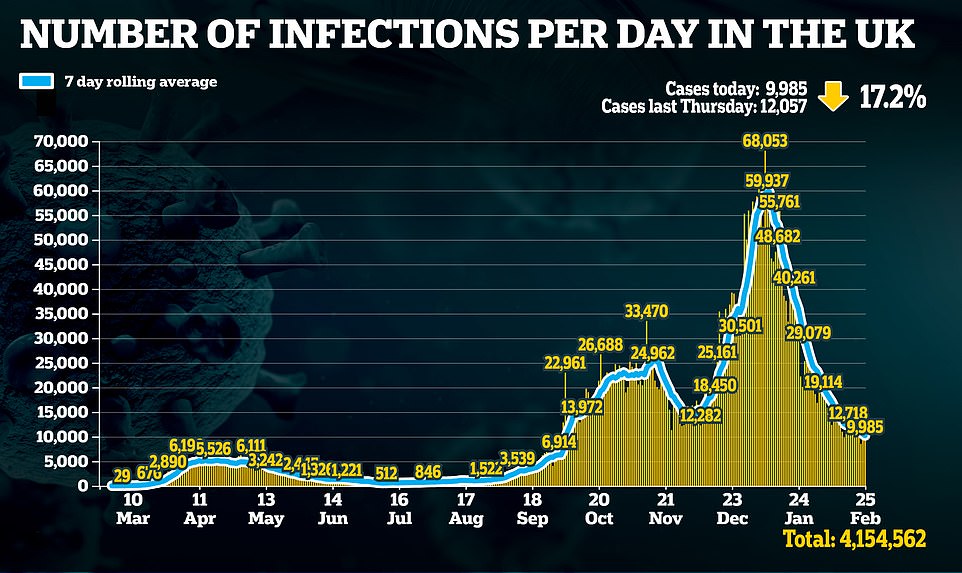 There have been 21 more Covid-related deaths announced by Public Health Wales. It takes the death toll to 5,284.

And there have been 312 more coronavirus infections, taking the total number of positive tests in the nation to 202,872.

In Scotland, there have been 769 more cases reported by the authorities in the last 24 hours, taking the total number of cases to 200,406.

There were 31 more Covid-related deaths, with the nation’s death toll now at 7,084.

In Northern Ireland, there were five further Covid deaths and the death toll is now at 2,048.

The Department of Health also reported 281 more positive tests for coronavirus, bringing the total number of infections to 111,932.