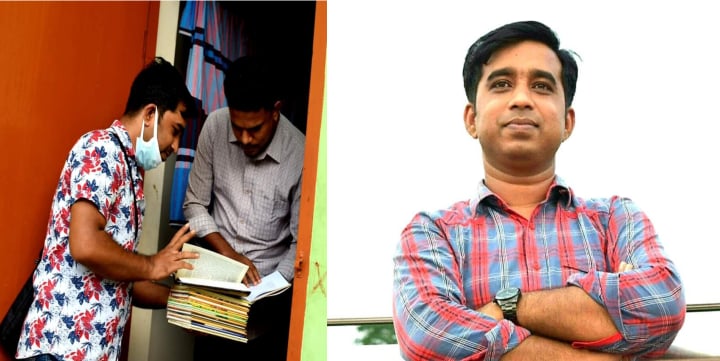 Book lover Harun Ar Rashid has been awarded as the ‘Best Social Activist 2020’ by the Bangladesh Chapter of the Africa Asia Youth Organization (AAYFO), an international organisation working with 102 countries in Africa and Asia.

During the corona pandemic, Harun went from house to house delivering books to people, which attracted the attention of various media besides social media. Then he came to the attention of the international organisation.
A total of four people from Bangladesh including him were given preliminary nomination and finally he awarded with this honour. The certificate and crest will be handed over to him at a later ceremony at the organisation’s Dhaka office.

Harun Ar Rashid, the book-loving man was born in Gobaria village of Kuliarchar upazila of Kishoreganj, he passed his post graduation from a private university and is currently working at Grameen Bank in Nawabganj. He built the paradise of his book there. The little house is just wrapped with a book cover. He collected a huge number of books with great difficulty by saving the daily market cost. He not only collected the books for himself but to spread the light of civilization among the people around him.

He has also created a storm online by writing reviews of hundreds of local and foreign books through various social media.