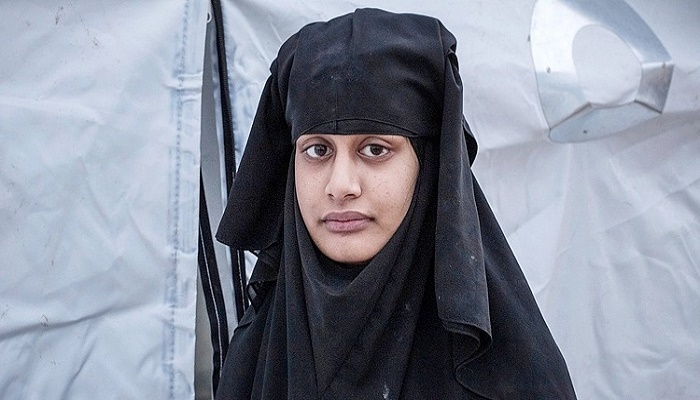 The Supreme Court is to rule later whether the runaway schoolgirl Shamima Begum should be allowed back into the UK from Syria.

The ruling comes six years after the then 15-year-old left with friends to join the Islamic State group.

The government stripped her of British nationality so she cannot return.

Five justices must decide whether the only fair way she can challenge that decision is to allow her back to take part in the case.

Ms Begum’s lawyers also argue she should automatically win her case to remain British, if she cannot receive a fair hearing.

The 21-year-old is in a camp controlled by armed guards in northern Syria.

She cannot speak to her lawyers or participate in a hearing by video.

Two years ago, the then-Home Secretary Sajid Javid stripped Ms Begum of her citizenship, following the collapse of the IS regime.

The Court of Appeal ruled last July Ms Begum had been denied a fair opportunity to challenge that decision because she could not make her case from the camp.

The government then asked the Supreme Court to reconsider the Court of Appeal’s ruling – so Friday’s outcome has potentially major implications for Ms Begum’s case and others like it.

Separately, the Attorney General’s Office has confirmed the Sun newspaper will not be taken to court for revealing the Court of Appeal’s judgement, apparently leaked to it by someone in government.

The story, headlined “Return of Traitor”, briefly appeared online on the eve of the decision last July, quoting government sources.

It was taken down within an hour, after lawyers intervened.

Publishing a judgement before it is public is generally considered a serious contempt of court and, in the case of newspapers, can lead to a significant fine.

An internal Whitehall inquiry into who might have briefed the newspaper has been sent to judges.

A spokesman for the Attorney General’s Office said the Sun’s actions had been carefully considered by the solicitor-general, the second ranking minister in the department.

“After very careful consideration the solicitor-general concluded that contempt proceedings will not be instigated on this occasion,” he said.

“However, it is to be understood that interference with the administration of justice constitutes a serious offence.

“And the Attorney General’s Office will review all contempt-of-court allegations made to us.”