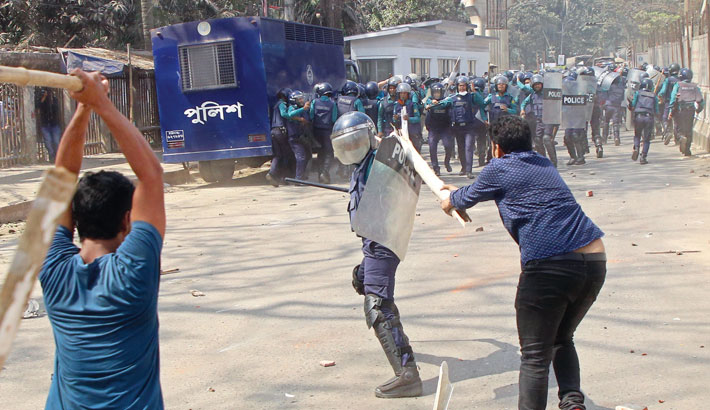 Police filed the case with Shahbagh Police Station on Sunday night against 47 identified and 200-250 unidentified people, Mohammad Mamun-or Rashid, OC of the police station, said.
At lest 50 people, including several cops, were injured in a clash between a group of JCD leaders and activists and police while they were staging a demonstration in front of the press club to protest the revocation of BNP Founder Ziaur Rahman’s gallantry award and the death of writer Mushtaq Ahmed in jail.

So far 12 people have been shown arrested in the case.