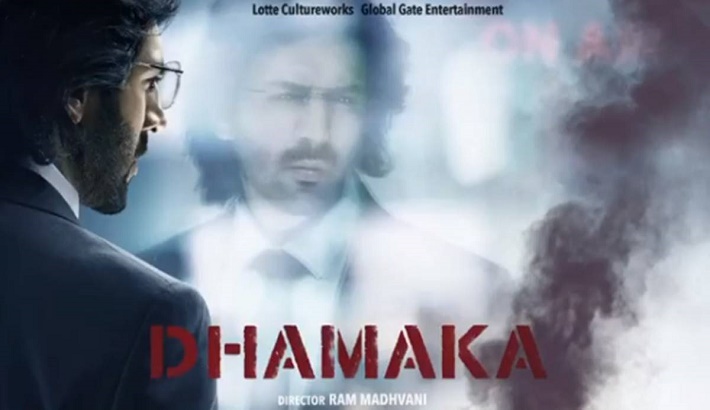 The teaser for Kartik Aaryan starrer Dhamaka is out on Tuesday morning.

Directed by Ram Madhvani, the film stars the actor as a journalist covering a hard-hitting incident of a bomb-blast in realtime.

In the teaser, Kartik is seen as a stressed reporter who wants to get away from the coverage.

However, his boss played by Amrutha Subhash urges him to get a hold of himself and continue with the reporting.

The teaser sees him in an intense avatar and the scene is all about Kartik’s character and the way he’s handling the stressful situation amidst live cameras.

Currently shooting for his upcoming film Bhool Bhulaiyaa 2, Kartik Aaryan is one of the busiest actors in Bollywood having multiple projects in his pipeline.

2021-03-02
Mr. Admin
Previous: Biden urged to back AI weapons to counter China and Russia threats
Next: One in four people will have hearing problems by 2050: WHO