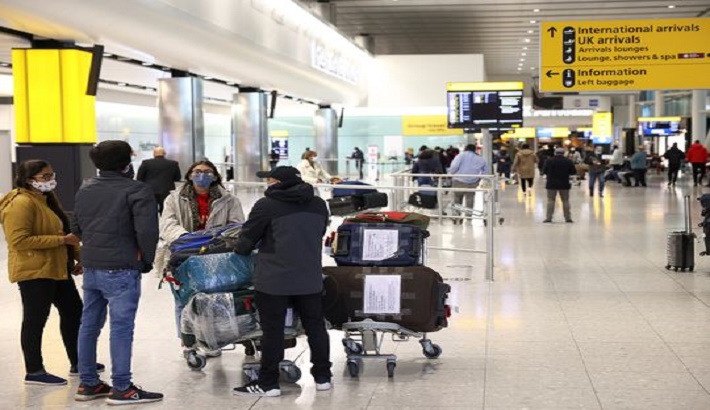 Britain will on Monday set out plans to restart international travel, using a “traffic-light” system as the country cautiously emerges from lockdown.

The announcement comes as the UK has set a tentative date of May 17 to relaunch international travel. Travel destinations will be ranked green, amber or red according to virus risk, Downing Street said in a statement late Saturday, with the government to provide more details on Monday.
International travel is currently banned except for a handful of permitted reasons. This has created massive pent-up demand for summer holidays abroad.

People heading to low-risk “green” countries will simply take a virus test before and after they travel, the government said.

But those going to amber or red countries will have to self-isolate or quarantine afterwards. Currently people arriving in the UK from abroad are required to self-isolate for 10 days.

The government has announced it will allow a number of people to attend public events such as football matches from this month in trials of a virus certification system.
But it has not made clear whether it will issue “virus passports” for international travel. The UK has already given out more than 31 million first vaccine doses and over 5 million second doses. The rollout has far outstripped popular holiday destinations such as France.